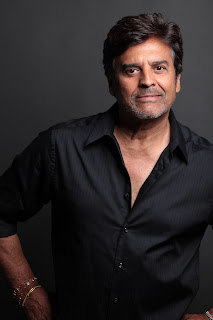 The Pekin Marigold Festival proudly welcomes Erik Estrada as our 2017 Guest Celebrity to help us celebrate the festival theme: “Marigolds on Patrol”.  Erik will be joining us on Saturday and Sunday of the festival, September 9th and 10th and his schedule will be announced as the festival draws near.  The Marigold Festival committee members are pleased to honor the local police departments and the service that they provide with the “Marigolds on Patrol” theme.
Erik Estrada captured the hearts of millions of fans world-wide as a result of his six year run starring as highway patrol officer Frank Poncherello in the highly successful television series, CHiPs. Also appearing in numerous other television and motion picture roles, the role he most prefers and enjoys is that of a role model to millions of children throughout the world.
Erik was raised in New York City’s Spanish Harlem by his beloved Grandfather who provided him with parental guidance and lessons of honor and integrity that Erik has carried with him throughout his life.  His first real acting break came in 1970 when actor/director Don Murray selected him to star as a streetwise character opposite Pat Boone in the true story, The Cross and the Switchblade film that is still shown every week at about 500 youth centers across the country because of its powerful anti-drug and life-changing message. Following that film, important roles soon followed in such classic films as The New Centurions, Airport '75 and Midway, and as a guest star in virtually every top dramatic television series of the time; but being cast as “Ponch” in CHiPs, one of the biggest hit shows of the late 70's and early 80's, made Erik Estrada an international household name and the "King of Hunkdom".  Erik’s career spans over forty years with too many films and guest spots to list!
When Erik received a star on the Hollywood Walk of Fame, he proudly dedicated it to all the women and men in law enforcement. He continues to be a great supporter of police officer organizations throughout the world; because of this continual interest and commitment, he was able to fulfill one of his childhood dreams by becoming a reserve police officer for the Muncie, Indiana Police Department and a deputy sheriff in Bedford County, Virginia. 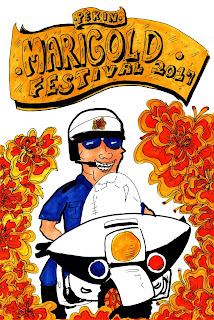 Erik is a national spokesperson for Safe Surfin’ Foundation which is dedicated to educating the public about Internet crimes involving children. He has been recognized by the Department of Justice and the US Marshall Service for his dedication and service to protecting children from sexual predators on the internet. Through his continual dedication, Erik has been instrumental in educating people across the country on the importance of cars seats for all children, the dangers of drugs and the real dilemma facing our children, internet predators.  He lends his support to other charitable causes such as CHiPs for Kids, Cops for Tots, the Thalians, March of Dimes, United Way, Susan G. Komen, Aids LA, Walk to Erase MS and Standup for Skate Parks.
Off-screen, Erik prides himself as a home handyman who is constantly enhancing things around the Hollywood Hills home where he and his wife, Nanette reside with their daughter, Francesca.  He is also the father of two grown sons, Anthony and Brandon.  Erik works hard at everything he does, but is known as a committed husband, father and family man and a true professional in his craft.
We look forward to having Erik Estrada at the 2017 Pekin Marigold Festival with “Marigolds on Patrol”!