Showing posts from January, 2015
Show all

- January 28, 2015
Pekin residents and business owners are invited to discuss the proposed Court Street Improvements at public meeting from 5 p.m. to 7 p.m., on Thursday, February 5th, at the Pekin High School Board Room at 320 Stadium Drive. Since the meeting will be an open forum, residents and business owners may stop by any time between 5 p.m. and 7 p.m. The purpose of the public meeting is to informally meet with interested individuals, groups, and involved agencies to discuss the proposed Court Street corridor improvements. The meeting will be conducted by Hanson Professional Services Inc., the City’s engineering consultant for the project, with assistance from the Department of Public Works. Citizens are encouraged to attend the public meeting, ask questions, and provide input. All comments made at the meeting will be given careful consideration by Hanson Professional Services Inc. and the City of Pekin. Written statements may also be submitted during the meeting. Persons with a disability pla
Post a Comment
Read more

Check Out Your Weekly Chamber Connection

- January 27, 2015
The Sun Foundation announced the 22 nd Annual Clean Water Celebration theme is “ Many Lands-One Earth:  Water wisdom from around the world. ”  Keynote presenters will be offered by storytellers Brian “Fox” Ellis, Oba William King, Anne Shimojima, Jo and Jimmy Lakota. They will take participants on a journey for a deeper appreciation of our wet, watery world and a deeper connection to the earth.   Sun Foundation founder Bob Ericksen said, “People who live close to the land share a deep respect for the earth and her creatures. This reverence is best expressed in their stories and songs. This year’s keynote presenters will provide that unique experience.” This year’s Clean Water Celebration will kick off on the Peoria riverfront on Sunday, April 19.  Opening ceremonies will begin at 4:00 p.m. at the Gateway Building with a Native American Blessing of the River and a Parade of Waters.  The public is invited to attend and bring water for the blessing. Hayna “White Beaver” Sine, Ho Chu
Post a Comment
Read more

Join the American Cancer Society for the 2015 Premier Night 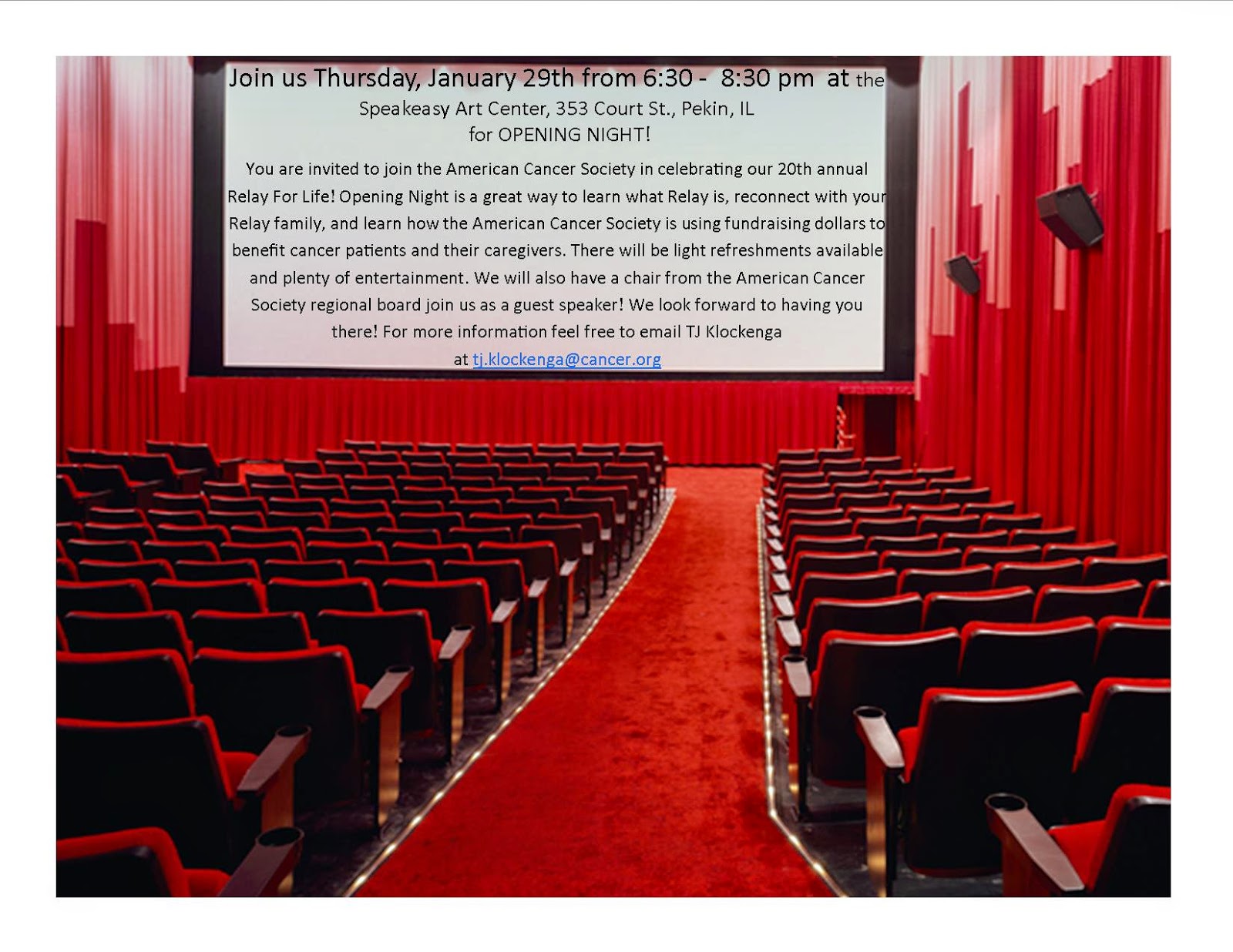 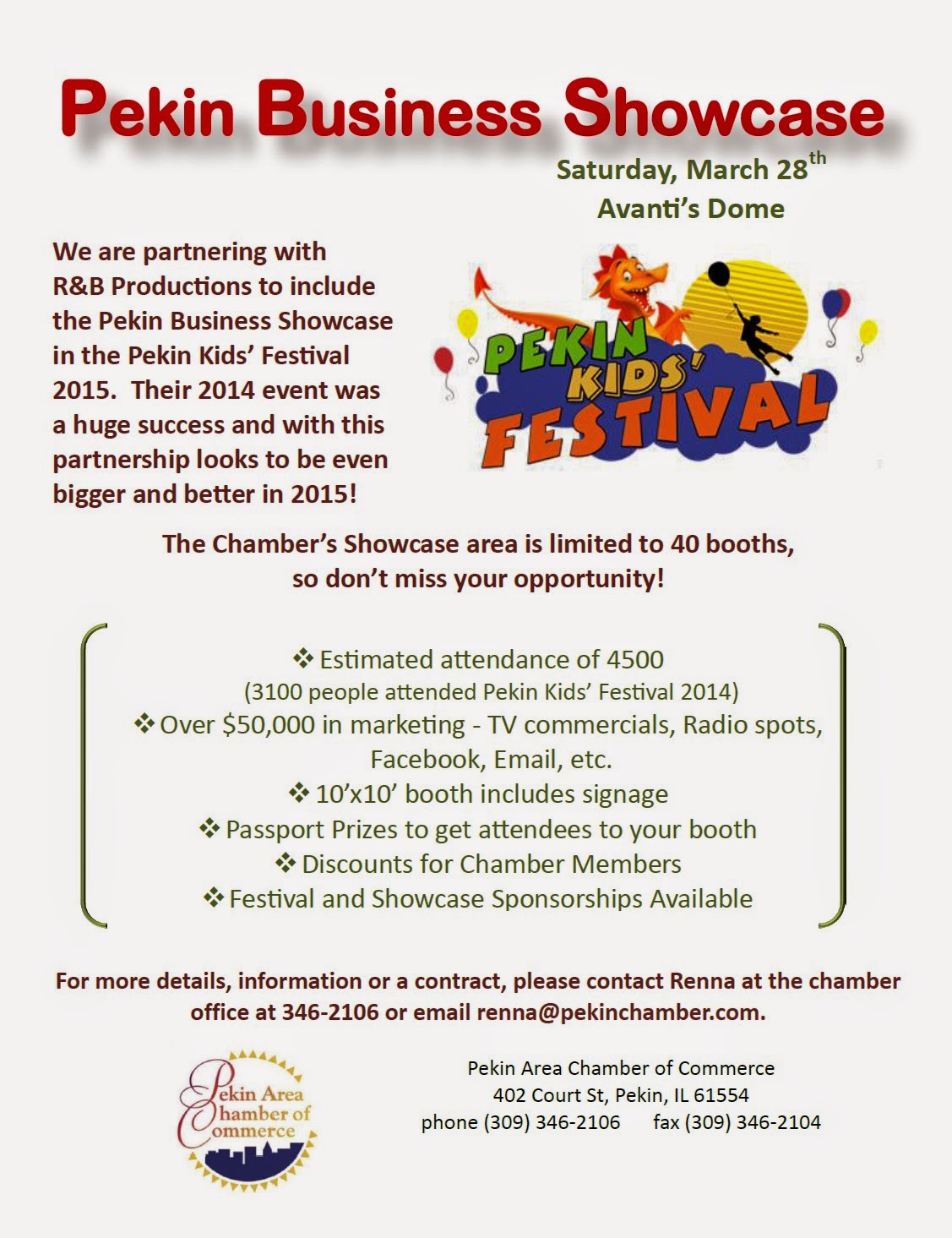 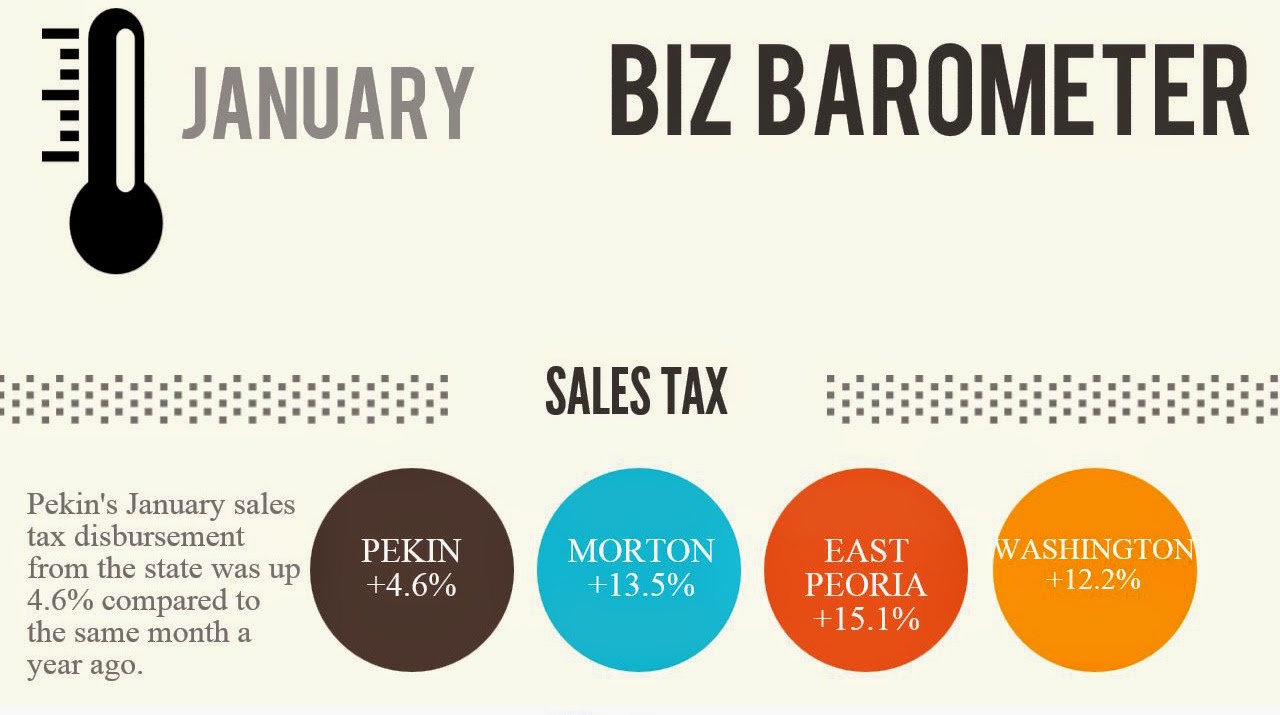 - January 23, 2015
Roger Goodson has been named Senior Operations Manager of Field Services and Production for Illinois American Water’s Peoria, Pekin and Lincoln Districts, effective Jan. 19, 2015. He will lead and oversee the field operations, production and maintenance in Peoria, Pekin and Lincoln, ensuring high-quality customer service and operational integrity. Goodson previously served as operations superintendent of field operations in Illinois American Water’s Peoria and Pekin Districts.  He earned a bachelor’s degree in management from Aurora University and a master’s in business administration.  He also holds a Class A, Public Water Supply Operator’s Certificate of Competency for Illinois and received his Lean Six Sigma Yellow Belt certification. “I look forward to the leadership and contributions Roger will make in this new role.  The experience he brings will help ensure continued high-quality water service to our customers,” said Barry Suits, Vice President of Operations for Illino
Post a Comment
Read more

Our Tin Ceiling repairs are coming along and the gallery is looking great! Please pardon our dust at our upcoming classes and events. We are in a growing stage and have a lot of fun stuff coming up! Stay tuned! Check out all of our events here! We are on Pinterest now!  Crafty Kids Club is Wednesday!  Come and create with Miss Erica at this unique club!  They even have their own t-shirts now! Join Here! Thursday Night is Spoken Word. If you have never experienced this you should come check it out. It is a fun night out! Belly Dance Classes start on Saturday! Registration is simple--join the event and drop a check off at the  Speakeasy Art Center ! Belly dance is for everyone....no dance experience needed, no bare bellies! We also are hosting this class on Jan 31st. and Feb 7th! The Great Burr Oak Science Club Me
Post a Comment
Read more 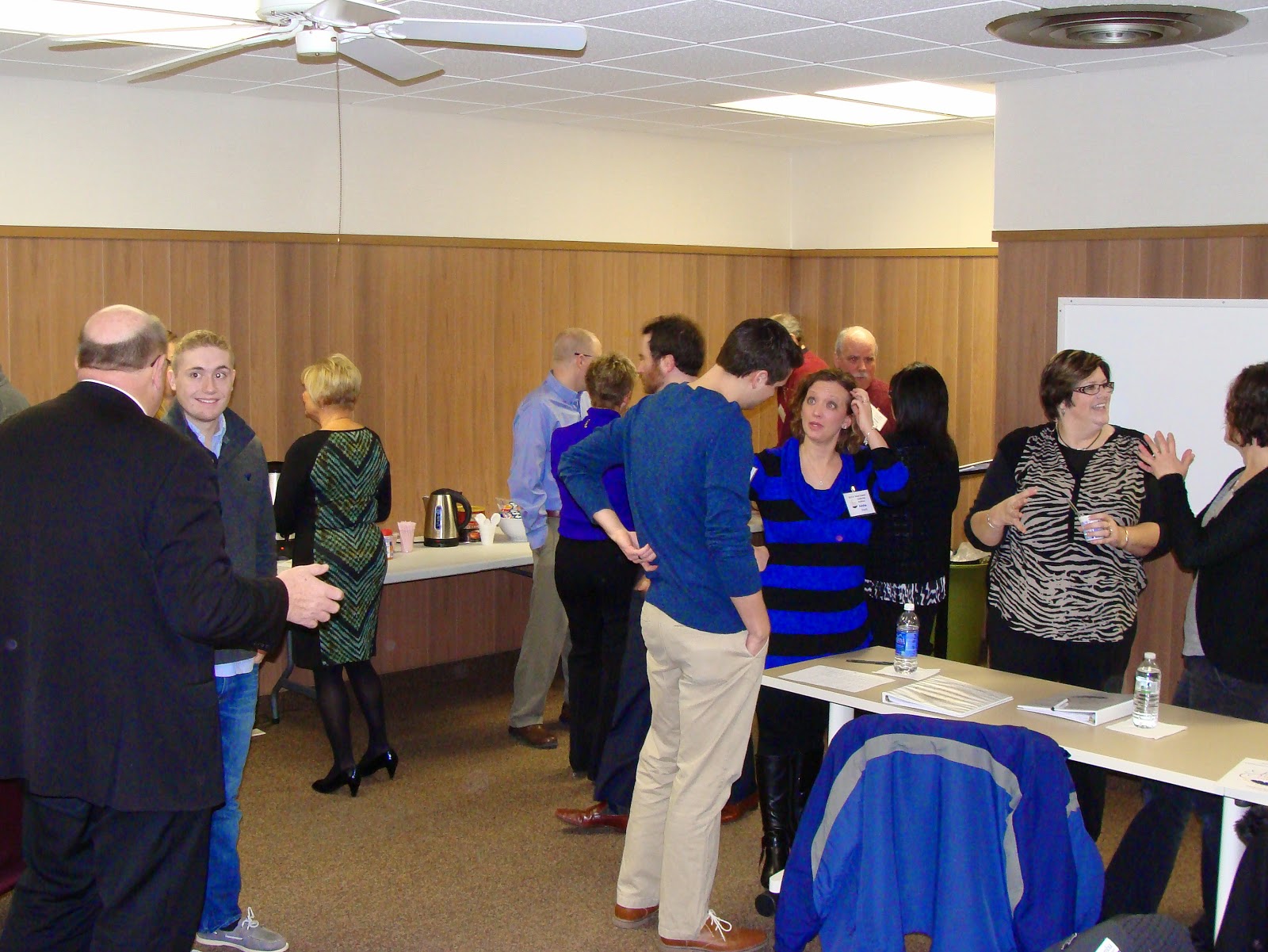 The R. David Tebben Community Leadership Academy held their first class of the year this morning.  This is the 17th year the Pekin Area Chamber of Commerce has coordinated a community leadership academy. Twenty-two participants got to know each other and learn more about the program during this first session.  The academy runs for 10 weeks with two sessions each week.
Post a Comment
Read more

- January 16, 2015
EMEX, LLC is an energy risk management firm specializing in helping businesses manage their energy costs through effective use of technology and an industry leading reverse auction platform which uncovers the most favorable rates in the market. With winter in full effect, businesses have an opportunity to save anywhere from 5-20% on their future natural gas costs by switching to a third party supplier. The process is simple and easy and carries no commitment to the business owner. However, in order to enjoy potentially lower natural gas costs, businesses need to act swiftly as the deadline for switching from Ameren to a competitive supplier is early March. To discover what EMEX can do for you, you simply need to contact your local EMEX representative, Brent Bacon , or (309) 807-7198.
Post a Comment
Read more 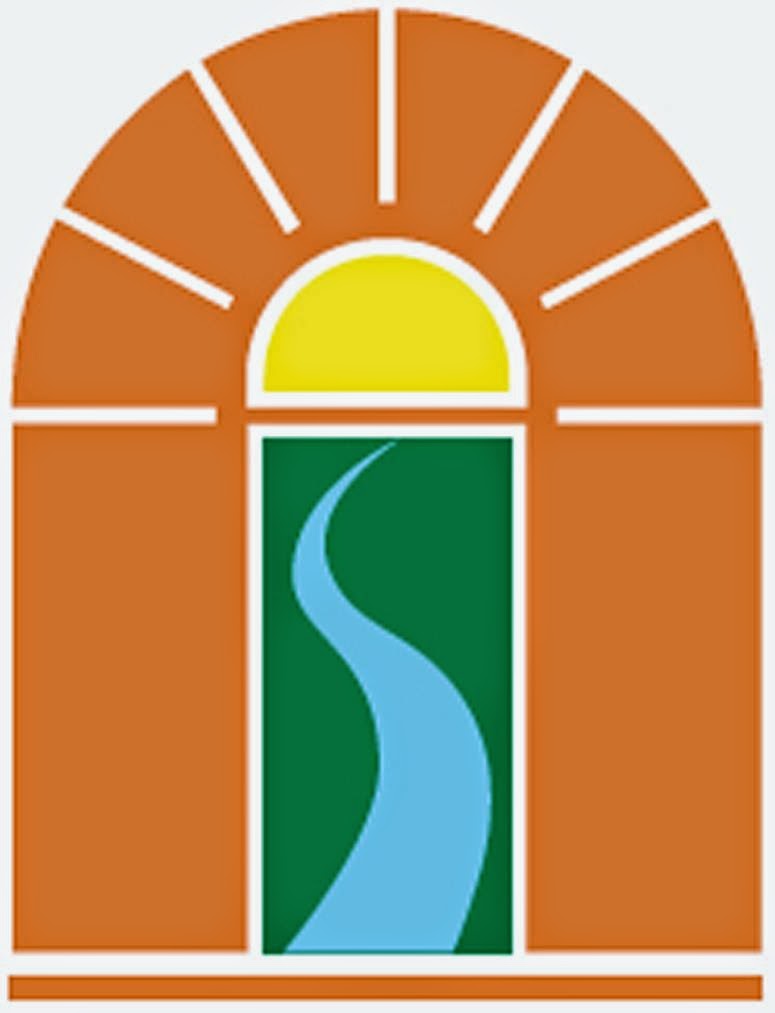 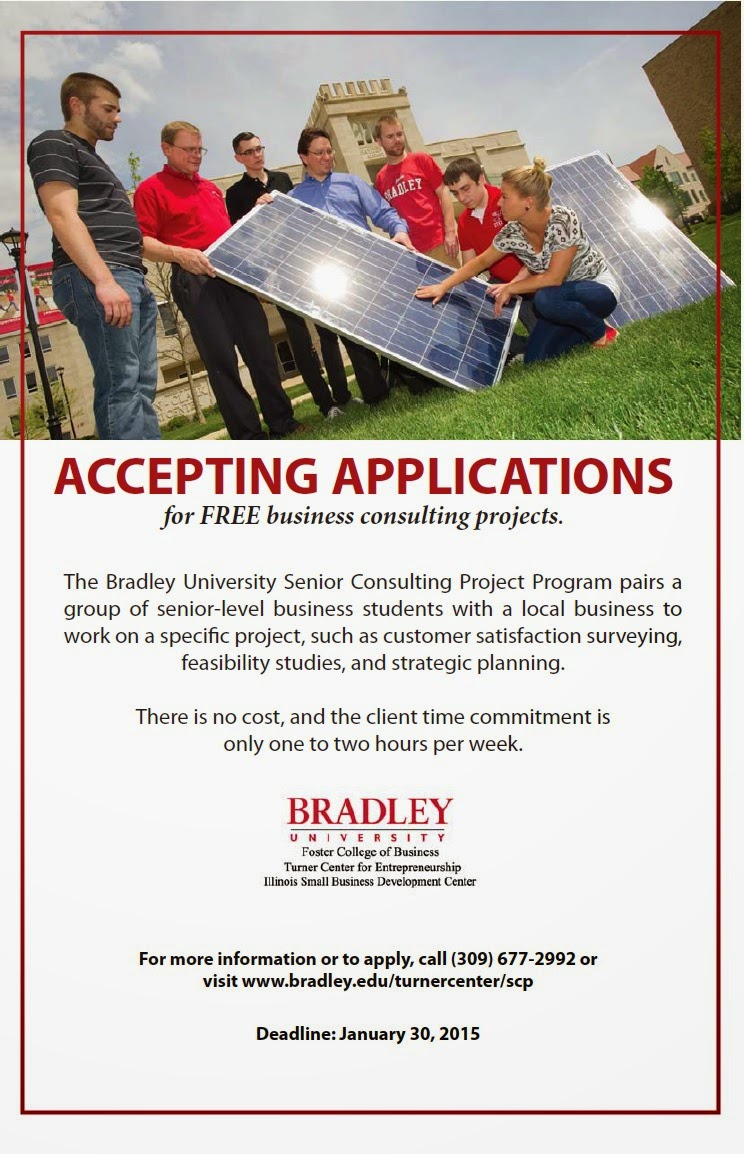 - January 14, 2015
Illinois Power Holdings (a subsidiary of Dynegy) with Illinois State Senator David Koehler (District 46) and Illinois State Representative Mike Unes (District 91), announced today a voluntary Memorandum of Agreement, executed with the Illinois Environmental Protection Agency (IEPA), that will reduce allowable emissions of sulfur dioxide (SO2) from the E. D. Edwards Power Station by more than 90%. The agreement, already effective, will help the Greater Peoria area comply with the United States Environmental Protection Agency’s (USEPA) 1-hour SO2 National Ambient Air Quality Standard. “We are committed to the Greater Peoria communities and the environment, and are proud of our contributions to the economic vitality of our communities,” said Ted Lindenbusch, Plant Managing Director at the Edwards Power Station. “We are voluntarily taking environmentally sound steps forward and continuing to provide the jobs that are vital to the economic livelihoods of the families and communities we se
Post a Comment
Read more

January 2015 Welcome to my Resolution Definition of a Resolution: A New Year's resolution is a tradition, most common in the  Western Hemisphere  but also found in the  Eastern Hemisphere , in which a person makes a promise to do an act of self-improvement or something slightly nice.  Hello, and Happy New Year! I did not make a "standard" New Year's resolution this year. I did away with "Go to the gym, make time for myself, eat healthy, make new friends"...and so on. Even though those things are important, my main goal this year is to focus on my passions.  One of my main passions, I have come to realize, is helping business owners grow their businesses. I have an an amazing
Post a Comment
Read more

- January 13, 2015
Savant Capital Management,  a nationally recognized fee-only wealth management firm headquartered in Rockford, Illinois with offices in Peoria, Chicago, Geneva, Hoffman Estates, Naperville, Freeport, Sterling, Madison, WI and McLean, VA has been recognized by both Financial Planning Magazine and InvestmentNews on respective lists of largest Registered Investment Advisor (RIA) firms. Savant has broken into the top 10 list of largest independent financial planning firms in the nation, as ranked by Financial Planning Magazine. Savant now holds the position as the #9 largest advisory firm in the United States and the #1 largest in Illinois. This list was created by Financial Planning Magazine and eliminated RIAs that do not provide financial planning and only included firms with like-minded business models. Additionally, InvestmentNews released the results of its 2014 ranking of leading RIA firms, naming Savant as #9 in the Midwest and #34 nationally, based on total assets.
Post a Comment
Read more 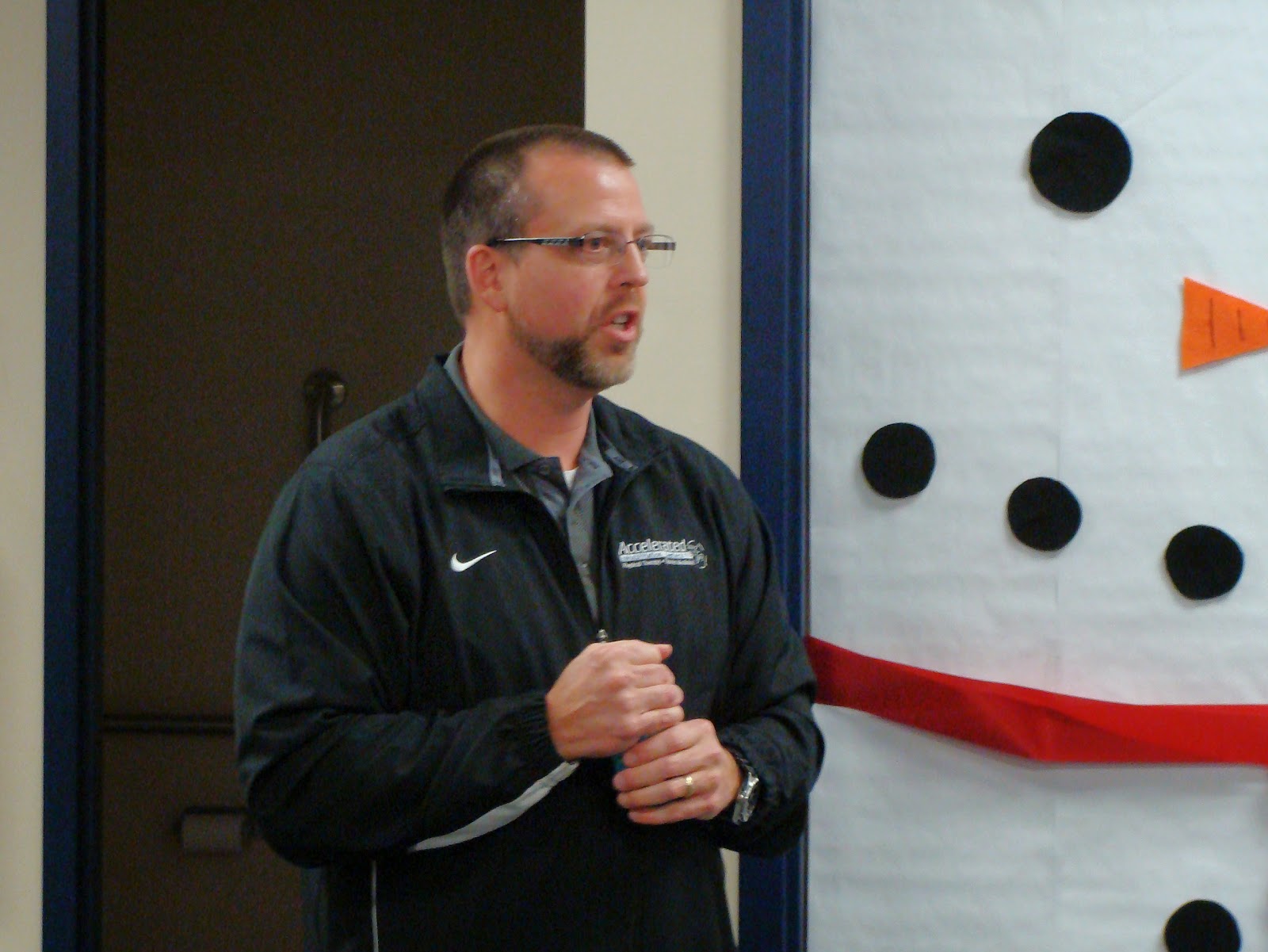 Thanks to Michael Bennington and the staff at Accelerated Rehabilitation Center for hosting the January 8th Business After Hours.  It was a cold, windy day but the hospitality warmed everyone up.  Accelerted Rehabilitation Center is located at 3289 Court Street and can be reached at 347-0090.  They have a Patients First philosophy that guarantees all patients superior and personalized health care. They are committed to always doing the right thing, resulting in the utmost trust in and respect for our patients, employees, and customers.  You can see more pictures from this and other chamber events at:   http://picasaweb.google.com/PekinChamber .
Post a Comment
Read more 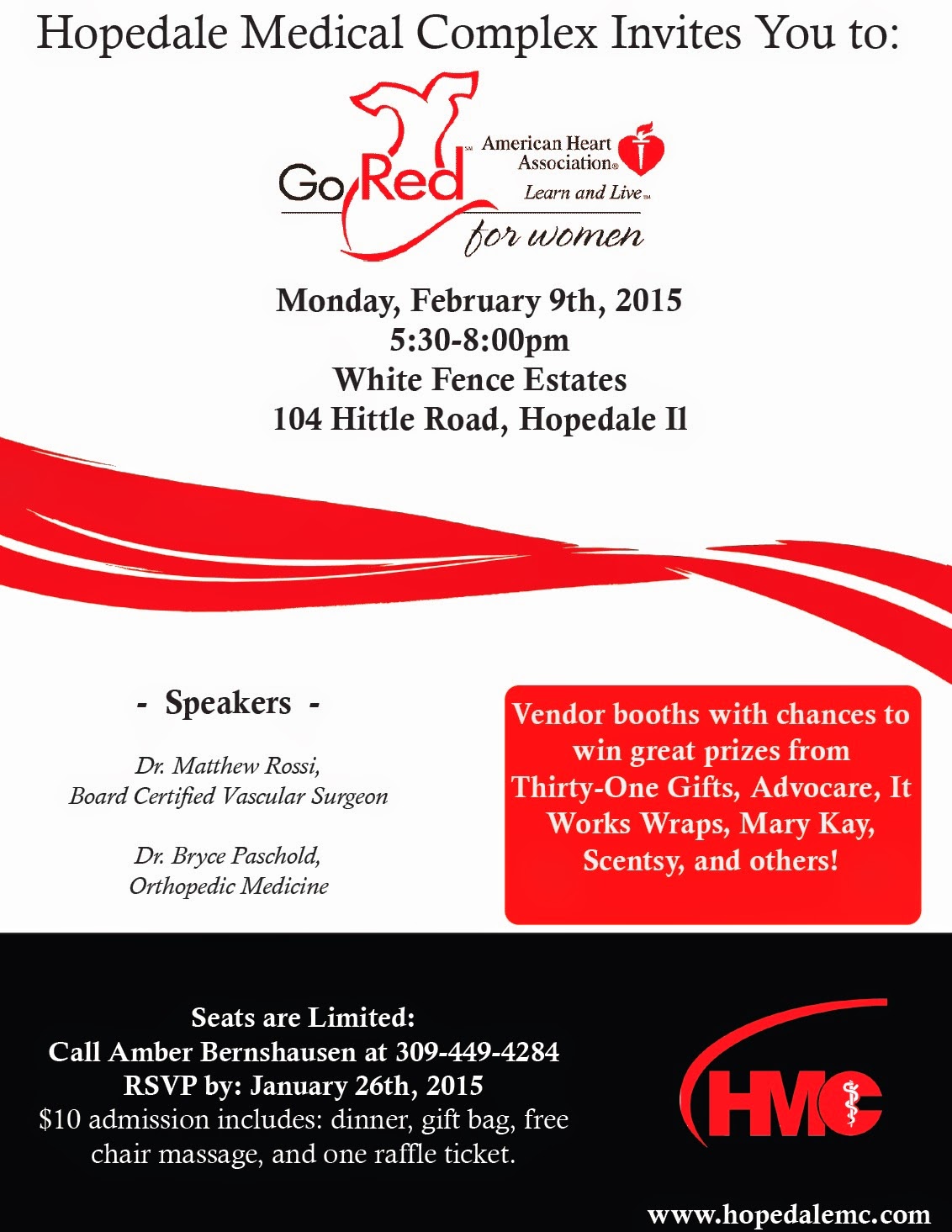 - January 12, 2015
Illinois American Water announced today that the application process is now open for its 2015 Environmental Grant Program. The program supports innovative, community-based environmental projects that improve, restore or protect the watersheds through partnerships. The company will award grants of up to $10,000. The program is designed to support diverse types of activities, such as watershed cleanups, reforestation efforts, biodiversity projects, streamside buffer restoration projects, wellhead protection initiatives and hazardous waste collection efforts. "Illinois American Water is committed to protecting water supplies through outreach and education. This program is another way to help communities in this effort,” said Bruce Hauk, Illinois American Water President. To qualify, proposed projects must be located in an Illinois American Water service area and: ·         address a source water or watershed protection need in the community ·         be completed b
Post a Comment
Read more
More posts