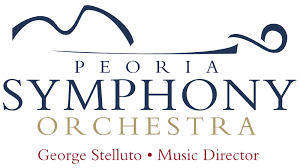 John Williams is a major composer and a cultural icon. At the PSO’s second tribute to the man and his movie music, your ears will smile! Expect to hear music from Star Wars, Schindler’s List, Superman, Jaws, The Adventures of Indiana Jones, Jurassic Park, and Close Encounters of the Third Kind.

More than just a concert, John Williams Strikes Back: A Matinee is a full afternoon of fun activities. Members of the Cosplay Builders Guild of Central Illinois will be dressed as characters from the movies highlighted in the concert and available in the lobby for fun photo opportunities. Audience members are also invited to come dressed as a favorite character if they’d like to get into the spirit of the day! Special drinks and snacks will be available to purchase before the concert and during intermission from concessions.

In a career spanning more than five decades, John Williams has become one of America’s most accomplished and successful composers for film and for the concert stage. He has served as music director and laureate conductor of one of the country’s treasured musical institutions, the Boston Pops Orchestra, and he maintains thriving artistic relationships with many of the world’s great orchestras, including the Boston Symphony Orchestra, the New York Philharmonic, the Chicago Symphony, and the Los Angeles Philharmonic. Mr. Williams has received a variety of prestigious awards, including the National Medal of Arts, the Kennedy Center Honors, the Olympic Order, and numerous Academy Awards, Grammy Awards, Emmy Awards, and Golden Globe Awards. He remains one of our nation’s most distinguished and contributive musical voices.

Marcia Henry Liebenow, Concertmaster of the Peoria Symphony Orchestra, is professor of Violin, Viola, and Chamber Music at Bradley University. She is in demand as a recitalist, chamber musician, soloist, and highly regarded as a teacher. She has appeared as soloist with the Samara Philharmonic Symphony in Russia, served as Primo Violino at Orvieto Musica in Italy, and performed in Germany, Ireland, Wales, and with orchestras throughout the United States. Her performances have been broadcast nationally on American Public Media’s Performance Today.

Tickets start at $26, $11 students. Purchase tickets and find more information at peoriasymphony.org or call the PSO Box Office at 309.671.1096.

John Williams Strikes Back: A Matinee is sponsored by Savant Wealth Management, Conductor’s Circle, and The Meredith Foundation. This program is partially supported by a grant from the Illinois Arts Council Agency.

Founded in 1897, the Peoria Symphony Orchestra (PSO) is a 501(c)(3) tax-exempt, not-for-profit organization whose mission is to entertain, educate, and inspire through music. The PSO presents excellent live musical performances, innovative music education programs, and engaging community outreach efforts, which significantly impact the cultural and economic vitality of Central Illinois.