Pekin, IL- Pekin native Eileen Bingham celebrates her 100th birthday this week in her residence at Cedarhurst Senior Living on S 14th Street. She was born on January 26, 1922!

While she now spends her day-to-day eating “breakfast, lunch and dinner”, exercising and enjoy time outside, Eileen has led a rich life in the City of Pekin.

Eileen shared her family emigrated in the 1800s when her grandfather, as many Pekin settlers, came from Germany. Eileen reflected on her family’s German roots, reminiscing about her father’s extensive vegetable garden, as large, successful gardens were a hallmark of German emigrants in Pekin at the turn of the century.

Eileen was a Pekin Community High School graduate, Class of 1940. She reflects nearly running across the stage platform at the old West Campus to snatch up her diploma in anticipation of the after-party.

“We all did and [we] couldn’t get out of there fast enough,” says Eileen. When asked how Eileen spent her youth, she shared sprinklings of stories from her past. Her mother passed when Eileen was 14 years old, compelling Eileen to be a family contributor and helping her father as much as possible. She remembers learning to drive in the country roads outside of Pekin far younger than 15 years, riding the trolley through the Southside, and taking home bouncy balls from the Sugar House (now known as Alto Ingredients off 2nd Street). One of her favorite haunts was the roller rink located above a bank in Pekin’s downtown.

Eileen met her husband Don while working for Corn Products (now known as Alto Ingredients) in the 1940s. After returning from World War II, Eileen and Don shared 60 years of marriage together before his passing in 2008.

She remarks, “we spent all our money on the house and then had to use lawn chairs for furniture.” She further states, they didn’t have a lot, but what they had was valued. “We worked hard for it.” 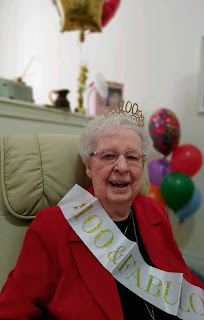 After giving birth to her two sons Pat and Mike, Eileen left work but became an active member of St. Joseph’s Catholic Church and school. She prepared lunches for children attending the school and helped to clean the church as a volunteer. Eileen remarks cleaning the church was no small task! Built in 1904, St. Joseph’s is one of Pekin’s longest and largest standing ministry buildings in the city.

Eileen’s family history overlaps with some of Pekin’s most notable events. She shared her mother was a survivor of the wreck of the Steamer Columbia in 1918, wherein some 87 souls perished at Pekin’s riverfront. Eileen also knew Senator Everett Dirksen and said, “he was just one of the family.” She attended the appearance of former President Richard Nixon in 1973 and said her husband Don helped to prepare the staging area for the visit as an employee of the telephone company.

With 100 years of life and wisdom to impart, Eileen was asked what her greatest accomplishment in life has been. In response, Eileen simply pointed to her two sons sitting beside her.

“I had the kids. Didn’t worry much about anything else,” says Eileen. 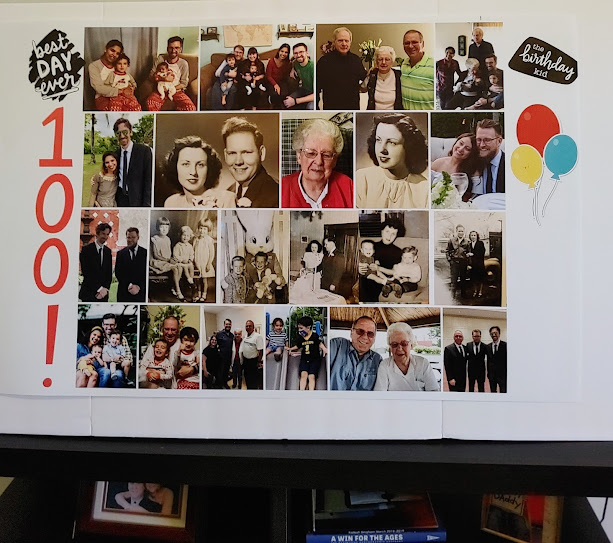