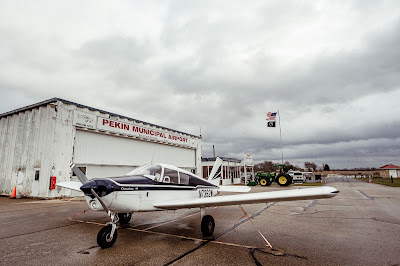 Pekin, IL- Pekin Municipal Airport has been awarded a $1.8 million grant from the Rebuild Illinois Capital Plan. This grant will allow the Airport to continue on-going updates and expansion efforts.

The Airport, recently recognized as 2020 Illinois General Aviation Airport of the Year, has received an additional $4.5 million from various sources toward infrastructure improvements in the past four years. The City of Pekin applied for the grant after the Rebuild Illinois Capital Plan was announced in 2020. Grant money will be applied toward replacing the fuel tank system and improving access roadways.

The Pekin Municipal Airport was established in 1964 with last expansion project occurring in 1991-1992.

“We pushed hard for the fuel tanks as we knew they were coming up on the end of their useful life. The current tanks are almost 60 years old, original to the Airport,” says Todd Dugan, the Airport’s manager.

Dugan continues, “This funding allows us to get new tanks 90% funded, when typically, this is an improvement we would have to pay for with 100% local funds.” The estimated cost for fuel tank replacement is $800,000.

An economic impact analysis created by Illinois Aviation System Plan and IDOT shows the Pekin Municipal Airport now generates about $9.3 million annually, a figure which has nearly tripled from five years ago. About $8.7 million of this income comes directly from on-airport activity. The Airport offers low fuel costs and no landing or tie-down fees, encouraging daily operations from recreational flyers, medical and law enforcement use, as well as corporate flying associated with Pekin’s Riverway Business Park and industrial businesses.

“The Airport is positioning itself to be one of the premier General Aviation Airports in the state for the foreseeable future,” says Dugan. 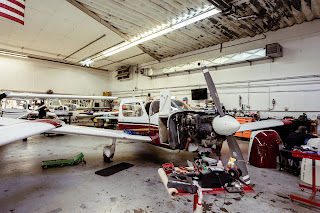