White Positioned to Succeed Mackaman at The Dirksen Congressional Center 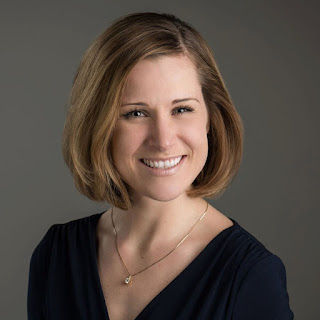 Last week, The Dirksen Congressional Center’s Board of Directors approved a plan to hire Tiffany White to succeed Executive Director Frank Mackaman, who will retire in 2020. White is the current Chief of Staff to State Representative Mike Unes (R-East Peoria) and has served on The Center’s Board since last year. For the time being, Mackaman will remain on staff as The Center’s Historian and Archivist—a role that will be assumed by White at a later date. She will begin her work as Executive Director on Sept. 1.
“We knew that finding a replacement for someone like Frank was going to be a daunting task,” said Board President Timm Schwartz. “We were most fortunate to have an outstanding person right on our own Board. The Center is thrilled to have Tiffany to assume Frank’s position.”
The Dirksen Congressional Center was established in 1975. It is named for Everett McKinley Dirksen of Pekin, who served in the U.S. House of Representatives, as Minority Leader of the U.S. Senate, and who was instrumental in the passage of the 1964 Civil Rights Act.
The Center, a non-partisan, not-for-profit organization, promotes research and scholarship to advance the public understanding of the U.S. Congress. Among its more than 200 historical collections are the congressional papers of Dirksen, Harold H. Velde, Robert H. Michel, and Ray LaHood. The Center also has invested over $2,000,000 in research, publications, conferences, workshops, and scholarships—all dealing with the nation’s legislative branch of government.
“I am delighted that the Board of Directors has found such an experienced, talented, and enthusiastic person as Tiffany White to continue The Center’s important work,” said Mackaman. Reflecting on his more than 30 years at The Center, he added: “What began as a simple collection of papers in 1975 has grown to become a nationally acclaimed resource for scholars, teachers, public policy analysts, and students of government. With Tiffany at the helm, The Center’s future is bright.”
White is a 2005 Graduate of Pekin Community High School, and a 2008 Graduate of the University of Illinois at Urbana Champaign where she studied both Political Science and Speech Communication. She has been highly active both personally and professionally in the local
community throughout her entire career, which began in the congressional office that has been served by the same public officials whose papers White will now oversee.
"The Dirksen Congressional Center represents many sources of my pride for our local community,” White said, “and I am so humbled to have been asked to assume this role. Helping to maintain the legacy of The Center—along with the legacy of great public servants whose influence is kept alive by The Center's mission—will undoubtedly be one of the highest privileges of my life and career. I could not possibly be more enthused about this opportunity, and am anxious to dedicate myself to this work."
White spent five years as a staff member in the 18th District Congressional Office before leaving to accept the role of Executive Director of Pekin Main Street. She has served on State Representative Mike Unes’s staff since 2015.
"Tiffany is a great asset to any organization,” Unes said. “Given her experience and passion for research and history, she is a natural choice for The Dirksen Center. I am happy for Tiffany and I am confident that The Dirksen Center will be pleased with her work."
Member Announcement