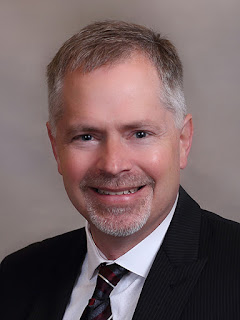 Mat Fletcher, P.E., S.E., a vice president and project manager at Hanson Professional Services Inc.’s Peoria office, recently celebrated 20 years of service with the company.
Fletcher, who joined Hanson in 1999, is involved in planning, design, bidding and construction for railroad bridge projects. He has provided services for more than 200 projects, including the reconstruction of Interstate 74 in Peoria; grade separations for BNSF Railway Co. in Galesburg; work for Union Pacific Railroad for the Chicago Region Environmental and Transportation Efficiency program; the BNSF intermodal facility expansion in Memphis, Tenn.; a new triple track for BNSF in Kelso, Washington; and Alaska Railroad Corp.’s northern extension, including the Tanana River bridge near Salcha, Alaska.
In 2012, he was selected as a Rising Star in Structural Engineering by Zweig Group, a management consulting and research firm. He received the Civil Engineer of the Year Award in 2014 from the American Society of Civil Engineers’ (ASCE) Central Illinois Section.
Fletcher received a bachelor’s degree in civil engineering in 1993 from the University of Illinois at Urbana-Champaign and a master’s degree in civil engineering in 2000 from Bradley University. He is a licensed professional engineer in multiple states, including Illinois, and the Canadian provinces of British Columbia and Saskatchewan, and he is a licensed structural engineer in Alaska, Illinois, Oregon and Nevada. He is a member of ASCE and the American Railway Engineering and Maintenance-of-Way Association.
Hanson is a national, employee-owned consulting firm providing engineering, planning and allied services. The Peoria office is located at 7625 N. University St., Suite 200, Peoria, IL 61614. The office may be reached by phone at (309) 691-0902.