Martin Named Chairman of the Board of Directors 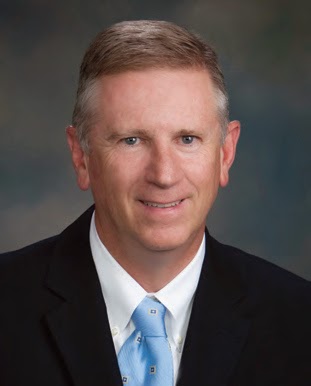 The Pekin Insurance Board of Directors has announced the promotion of Scott Martin, FLMI, to the position of Chairman of the Board of Directors.  The announcement was made at The Farmers Automobile Insurance Association Annual Subscribers Meeting, held on February 10, 2015.

Scott began his insurance career with Pekin Insurance as an underwriter trainee in the Life Underwriting Department in September 1976. He advanced to various positions within the department before being promoted to vice president - administration and assistant secretary in May 1994. In January 2003, Scott was promoted to senior vice president of all Pekin Insurance companies and chief operating officer of Pekin Life Insurance Company.

Scott was promoted to his current position of President and Chief Executive Officer in February 2014. He will continue to serve in this role. Scott commented, “It is an honor and privilege to be given the opportunity to lead this great organization. I look forward to working with our awesome
employees to continue on our journey of making this a better company. I also want to thank the agents who support Pekin Insurance in many ways. The company wouldn’t exist without their
efforts.”

A graduate of Bradley University, Scott holds a Bachelor of Science degree in business management and administration. Pursuing excellence in the life insurance industry, he earned the Fellow, Life Management Institute (FLMI) Designation in 1987.

Scott has always taken a very active role in industry and community involvement. He is currently on the Board of Directors of the Illinois Life Insurance Council, the Illinois Insurance Association, and the Pekin Police Foundation. For many years now, Scott has demonstrated a passion and allegiance to the St. Jude Midwest Affiliate. Devoting many hours to the fund-raising efforts of this highly respected organization, he serves on their Board of Directors and is Co-Chairman of the St. Jude Tazewell County Golf Classic.

Scott and his wife, Joan, reside in Peoria. They are the parents of two children, Megan and Andrew, and the grandparents of one grandson, Joshua.
Member Announcement