Skip to main content
- January 10, 2017
Two new exhibits open on January 18 at the Illinois Central College art galleries, located on the East Peoria Campus.
An artists’ talk from will take place in Gallery 336B from noon to 2 pm to open Making a Life, an exhibit featuring ceramics and sculpture by Erin Furimsky and Claire Hedden. Gallery 336B is located in the Academic Building.
In addition, a printmaking exhibit by Florin Hategan opens at noon in the ICC Performing Arts Center Gallery, located in the lobby of the facility.
Erin Furimsky is a practicing studio artist in Bloomington whose work focuses on the relationship of sculptural form with highly ornamented surfaces. She received a bachelor degree from Pennsylvania State University in 1997 and a master degree from The Ohio State University in 2002. Furimsky has exhibited her work nationally with inclusions of her work in international exhibitions in China and Taiwan. Since 1997, her work has been included in over 100 group and solo exhibitions, with reproductions of her ceramic work being featured in numerous books and catalogs. Critical reviews of her work have appeared on several occasions in the journals Ceramics Monthly and Ceramics Art and Perception. In 2006, Furimsky was selected as an emerging artist by the National Council on Education of the Ceramic Arts. She has been selected as an artist in residence at the Archie Bray Foundation, The Red Lodge Clay Center, The Watershed Center for the Ceramic Arts and the Oregon College of Art and Design. She is featured in a DVD called Layered Surfaces with Erin Furimsky.
As an educator, Furimsky has been a featured presenter at several national workshops. In addition, she has served as a visiting professor at Illinois State University and Heartland Community College, both in Normal, Ill.
Claire Hedden resides in Normal, where she is an artist and serves as curator at the McLean County Arts Center in Bloomington. Originally from northeastern Pennsylvania, Hedden earned her bachelor’s and master’s degrees in ceramics from the New York State College of Ceramics (NYSCC) at Alfred University.
In addition to Illinois, her works have been exhibited across the United States, including Ohio, Washington, California, New York, Pennsylvania, Montana, Massachusetts, Maryland, Colorado and California.
Hedden has served as an adjunct faculty member at Illinois State University and NYSCC at Alfred University. In addition, she was chosen to serve as visiting artist for a summer at NYSCC at Alfred University. In 2009, Hedden was a recipient of a New York Foundation for the Arts fellowship.
According to Hedden, her work captures and animates moments in which objects, beings, emotions, and place are interconnected and in flux. She is interested in postmodern abstraction of amassing information, our contemporary domestic lifestyle and figurative gestures connection to emotion. Hedden builds with common materials of our domestic environment, including clay, wood, fabric and foam.
Florin Hategan has a master’s degree in civil engineering and an undergraduate degree in fine arts. He has been working in printmaking and oil painting since 1992.
His works have been internationally presented in more than 90 national and international competitions and have won awards in Canada, Serbia, Bulgaria, Taiwan, Japan and the United States. His works are represented in private and public collections in Canada, Europe, Taiwan, Japan and the United States.
His current project is polemical discourse upon the disintegration and eventual disappearance of traditional communities, a process Hategan calls “fragmenturalism” (a term he derived by combining “fragmentation” and “fracture”). His works explore these contemporary complex transitions, which have triggered unprecedented social fragmentation with profound effects in the structure of the communities.
Hategan lives and works in Maple, Ontario, Canada.
Hours of operation for Gallery 336B are Monday through Thursday, from 9 am to 5 pm and Friday from 9 am to noon. The Performing Arts Center Gallery is open Monday through Thursday from 9:30 am to 7:30 pm, and Friday from 9:30 am to noon. Operation of the galleries varies with ICC’s holidays and breaks. To confirm a gallery will be open at a particular time, call the ICC Arts and Communication Department at (309) 694-5113. The Performing Arts Center Gallery also is accessible when the Performing Arts Center is open for public events.
The exhibits are presented by the ICC Art Program and the Arts at ICC. The Arts at ICC has a rich history of enhancing the arts community and expanding education beyond the classroom. Arts at ICC presents more than 500 exhibits, performances, lectures, rehearsals, meetings, master classes, clinics, seminars, receptions, orientations, forums, auditions and tournaments annually. 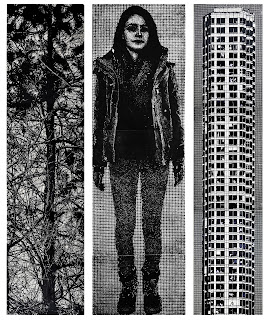 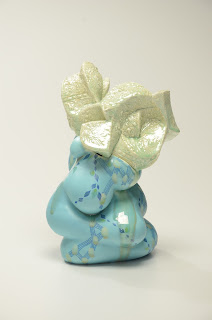