- January 25, 2017
Brent Brodeski selected for his unequaled passion for helping others. 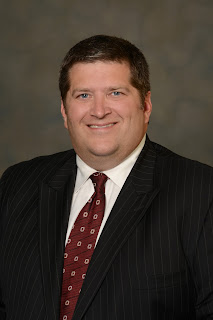 Brent Brodeski, chief executive officer of Savant Capital Management, a nationally-recognized fee-only wealth management firm, was named the Rockford Chamber of Commerce’s 2017 Citizen of the Year. He received the award at the Rockford Chamber’s Annual Dinner on January 19 at Giovanni’s Restaurant and Convention Center in Rockford.

The Citizen of the Year Award is open to any Rockford area individual who has, over a period of several years, contributed to the welfare and progress of the community. Brodeski’s forward thinking and proactive style has helped Savant grow to become one of the nation’s leading advisory firms. Success in his career has only strengthened his sense of personal and corporate responsibility throughout the 30-year history of the firm. Not only does he encourage and support Savant staff members to give time and resources to the communities they serve but he also leads by example.

He has served as a board member and chair of the investment committee for the Boy Scouts of America; a board and finance committee member for the Rockford Symphony Orchestra; and a member of the board and investment committee of the Northern Illinois University Foundation and the board of the Rock Valley College Foundation. Brodeski is a former board member of the Rockford Area Convention & Visitors Bureau (RACVB) board and played a key role as a member of its CEO Succession Task Force.

“I am honored and humbled to have been selected as this year’s Citizen of the Year,” said Brodeski. “I am surrounded by a great support system both personally and professionally that continues to both inspire and challenge me. I humbly accept the award only on behalf of my family and Team Savant. Without these strong family units, I would not be where I am today.”

Brodeski has also represented Savant on the Barron’s list where he ranked 32nd on the list of the “Top 100 Independent Financial Advisors” in the country, and was ranked by Forbes as #50 on their top 200 wealth advisors list. In addition to many other accolades, Brent was most recently recognized by Financial Planning as one of the “17 People Advisers Should Watch in 2017.”

Savant is regularly recognized among the top wealth managers in the United States. Savant was the recipient of the 2015 Best-in-Business IMPACT Award™, part of Schwab’s IMPACT Awards® program to recognize excellence in the business of independent financial advice. Savant has consistently received other industry recognitions including recently being included on the Forbes top 200 financial advisors list, the Barron’s top 20 independent advisory firms list, being named the #9 rated RIA firm by Financial Planning magazine, and included in additional top advisors lists by Financial Advisor magazine and InvestmentNews.

Savant Capital Management is a Registered Investment Advisor. Savant’s marketing material should not be construed by any existing or prospective client as a guarantee that they will experience a certain level of results if they engage Savant’s services and may include lists or rankings published by magazines and other sources which are generally based exclusively on information prepared and submitted by the recognized advisor. For more information about Savant or to view our Important Disclosures, go to www.savantcapital.com.