Pekin, IL- The City of Pekin hosts its final Downtown Street Party of the summer series this Saturday, September 25th from 5:00 p.m. to 10:00 p.m. Held in the 300 block of Court Street, this free, outdoor concert will feature family friendly entertainment and the popular local musician group: Matt Miller Band.

This is a free event, sponsored by the City of Pekin’s Discover Pekin tourism endeavors. Patrons are encouraged to bring their own chair and check out the locally based craft and merchandise vendors. This event will also feature entertainment activities for children and young families. 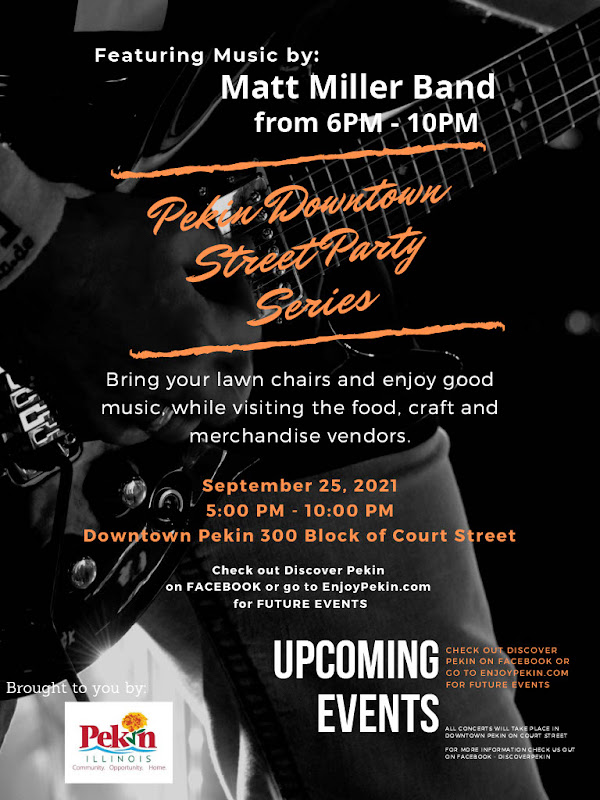