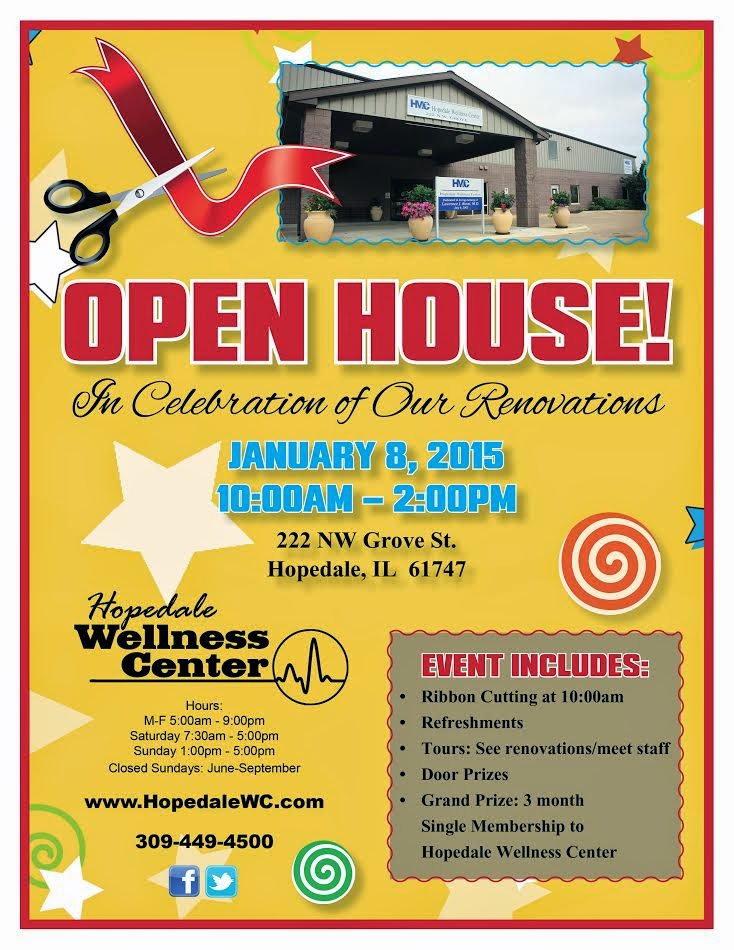 South Side Trust & Savings Bank, a subsidiary of Mid Illinois Bancorp, Inc., at its December 2014 Board Meeting, announced the promotions of Laura Dunton to Personal Trust Officer, Lori King to Assistant Cashier, Assistant Consumer Lending Manager, and Jim McCready to Assistant Cashier, Visa/Merchant Administrator.
Dunton has been with South Side Bank since 2007.  She has a Bachelor of Science degree in Business from Illinois State University.  She is a graduate from the Cannon School of Trust and is a Certified Trust and Financial Advisor.  Dunton is a volunteer for the Peoria Public School’s Reading Buddies Program.
King has worked in the banking industry for 22 years, serving at South Side Bank for the past 5 years.  She attended Illinois Central College and has completed many courses through the American Bankers Association.  She is a 2010 graduate of the East Peoria Chamber of Commerce Leadership School.  King is a volunteer for the Morton Pumpkin Festival, Easter Seals, and United Way.
McCready has worked in the banking industry for 27 years, working for South Side Bank for the past 5 years.  He holds a bachelor’s degree in finance from Illinois State University.  McCready is an active member of the Athletic Boosters for Illinois Valley Central High School in Chillicothe.
South Side Trust & Savings Bank, a locally owned financial institution since 1922, has $649 million in assets and serves the tri-county area with 12 full service locations in Peoria, East Peoria, West Peoria, Bartonville, Chillicothe, Washington, and Pekin.  South Side Bank owns Mid Illinois Insurance Services, Inc. located at 1524 W. Glen Avenue in Peoria.
No comments:

Regional Business After Hours Coming Up! 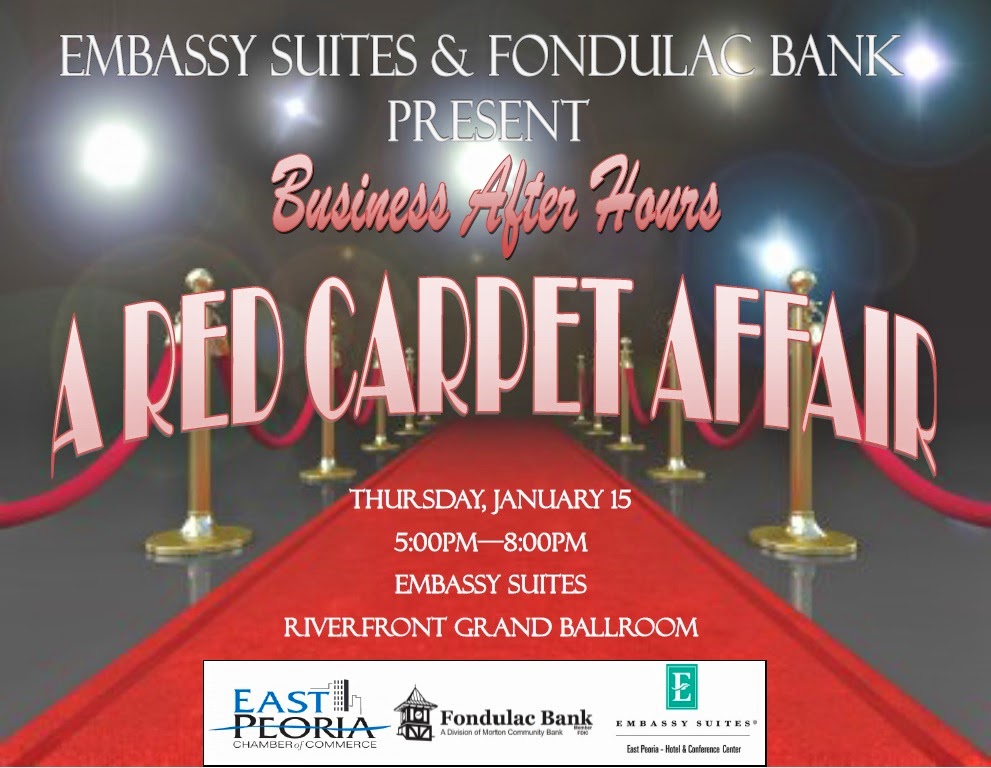 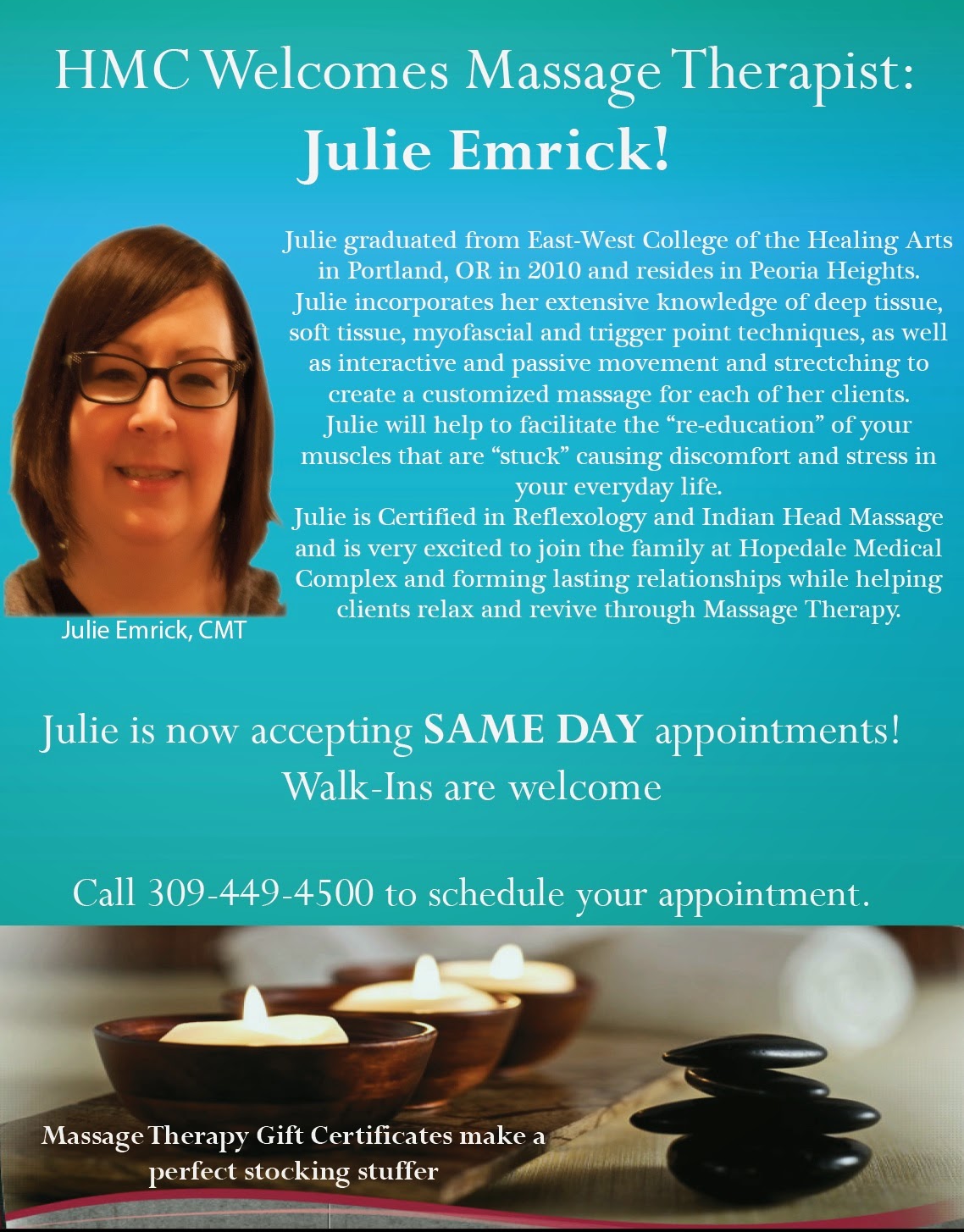 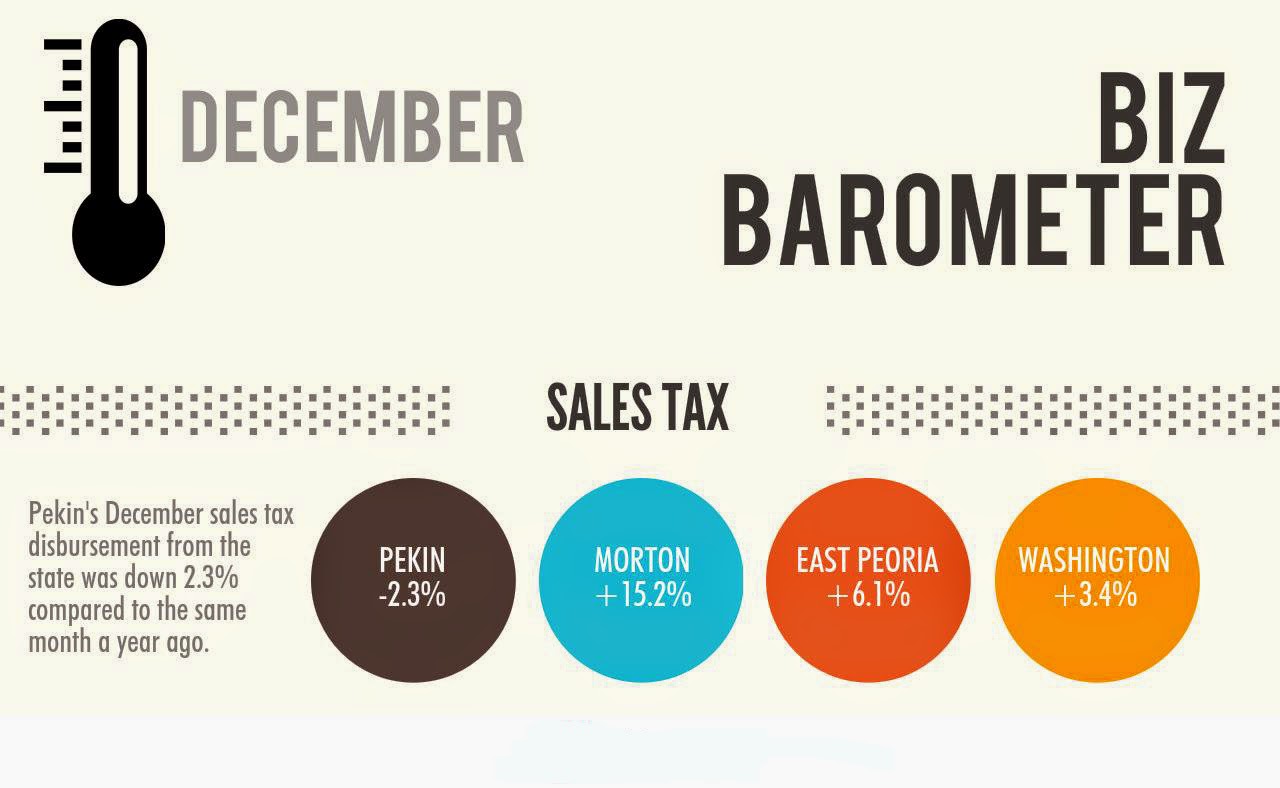 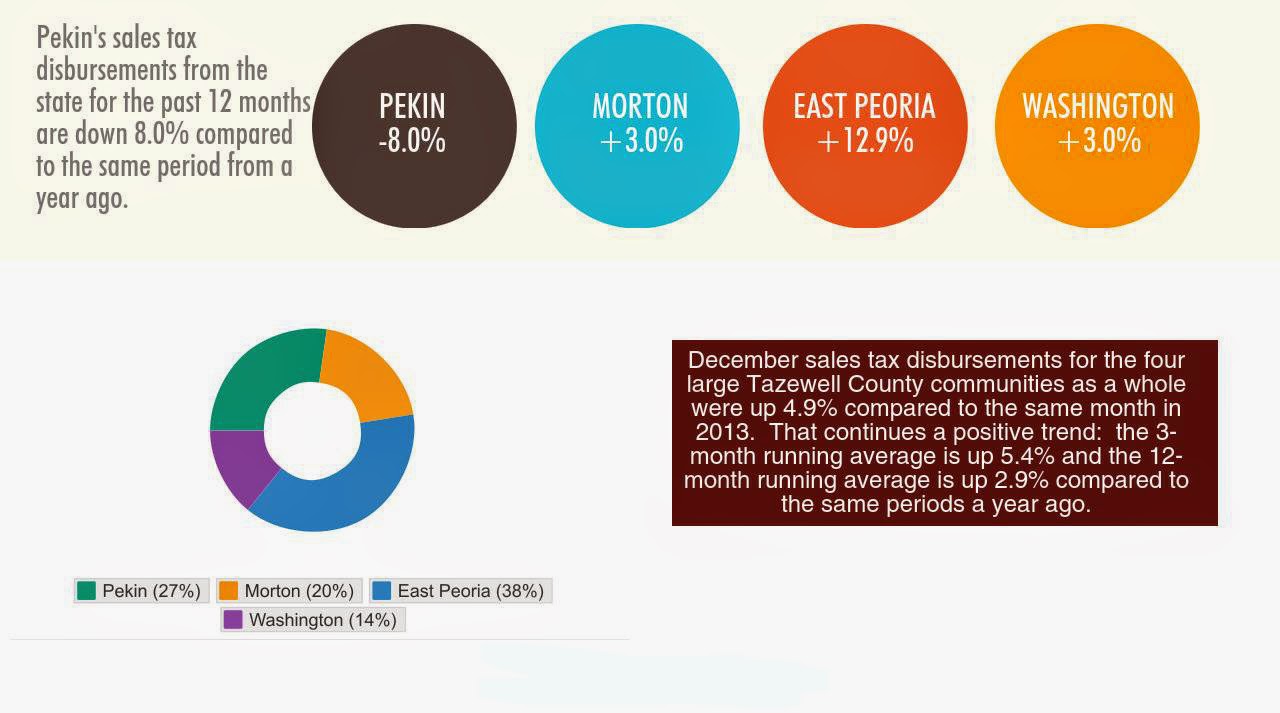 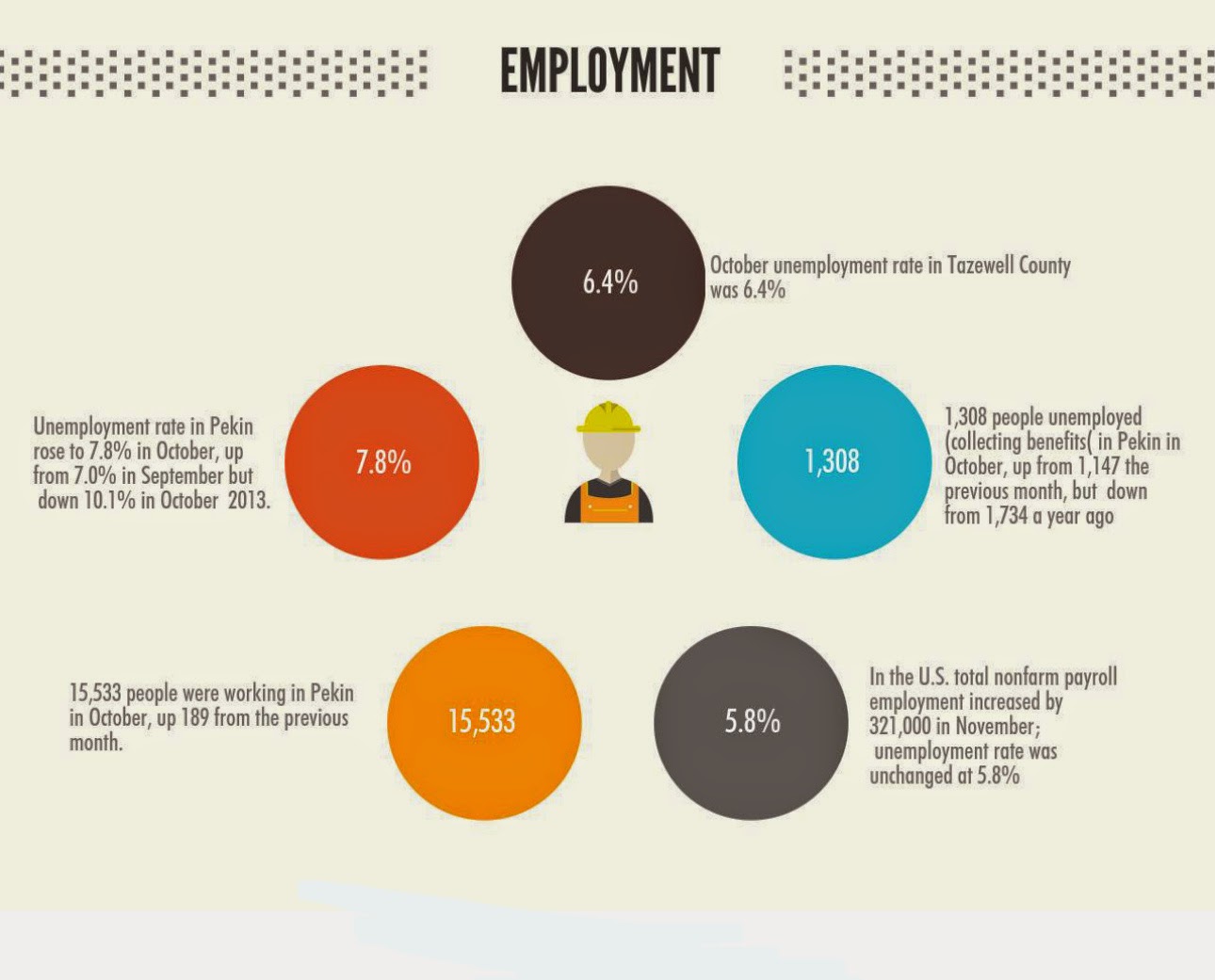 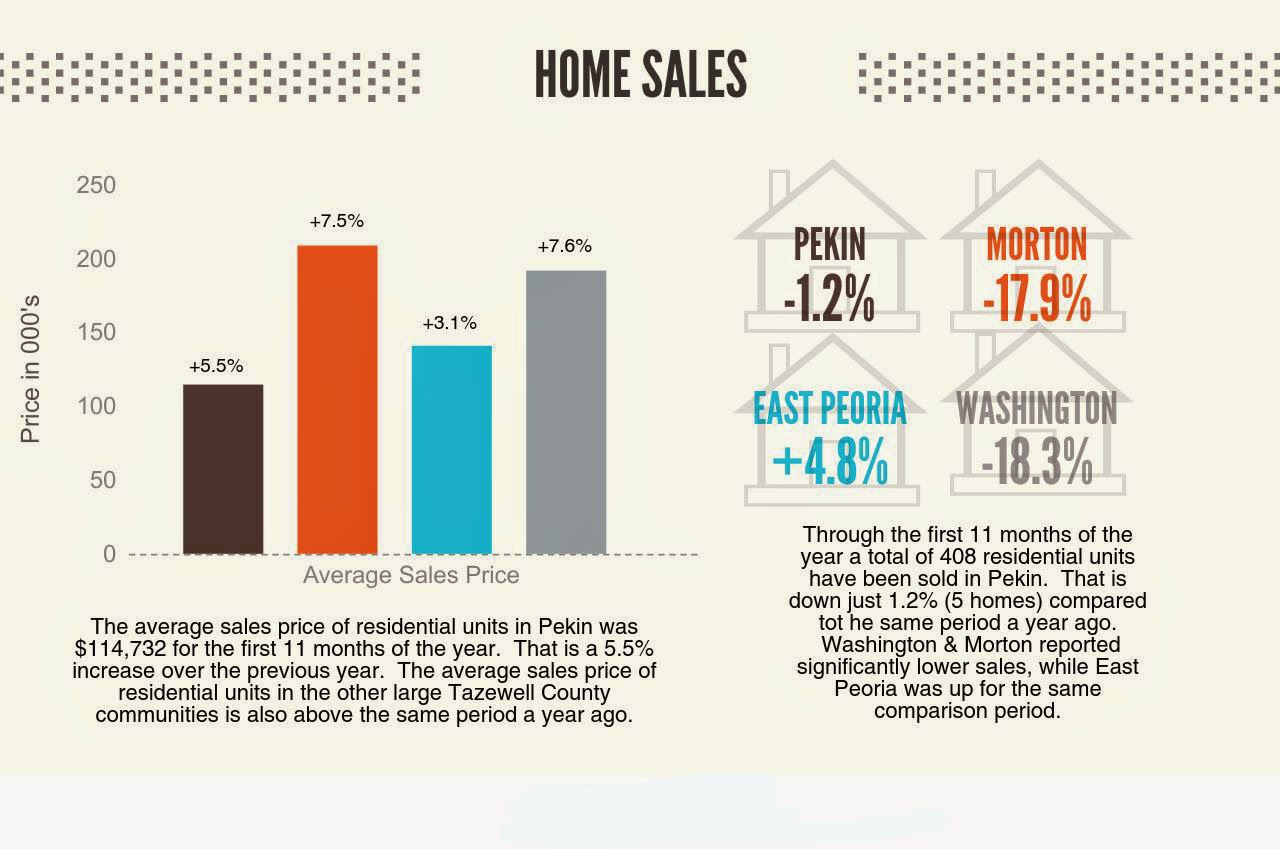 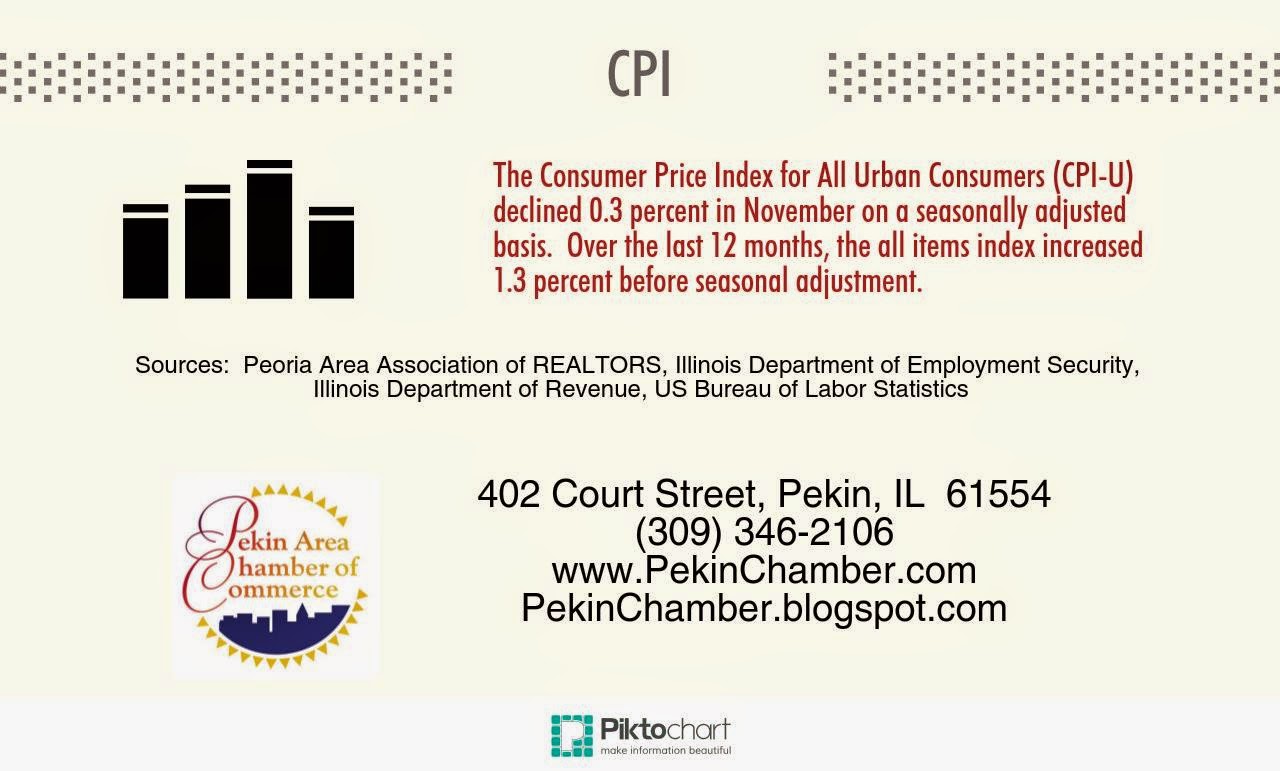 Check Out This Weeks Chamber Connection

You can check out this weeks Chamber Connection!!
No comments:

Welcome to our Newest Member

LegalShield Independent Associate Mickey ShemanskyPekin, IL 61554309-241-6364Mickey Shemansky, Managerwww.mickeyshemansky.comUnlimited access to the legal system throughout the United States and four provinces of Canada through a closed network of provider attorneys. Unparalleled identity theft protection with COMPLETE RESTORATION by Kroll licensed investigators if your identity is ever compromised. Protection provided for individuals, families, and businesses.
No comments:

RECORD $40 MILLION EXTRAORDINARY DIVIDEND TO BE DISTRIBUTED TO CEFCU MEMBERS

A record $40 million Extraordinary Dividend was recently announced by CEFCU’s Board of Directors and will be distributed to the Credit Union’s member/owners.  The amount each member will receive was determined by dividends earned and interest paid during the first 11 months of the year, as of November 30, 2014.  On December 16, dividends will be deposited to members’ Savings accounts.
Over the last 15 years, CEFCU has returned $115 million in Extraordinary Dividends to members.  CEFCU Board Chairman, Brad Arnold, stated, “This Extraordinary Dividend is the largest in the history of the Credit Union.  CEFCU continues to see strong financial results, and this success is due in no small part to the continued loyalty of member/owners.”

Mark Spenny, CEFCU President/CEO, added, “CEFCU is a strong financial institution.  Members handle their finances in an extremely responsible manner, which means the Credit Union has low loan losses.  In addition, members are very loyal, and are committed to doing more of their business with CEFCU.  As a member-owned financial institution, the Credit Union’s staff and the volunteer Board of Directors work diligently to keep the best interest of member/owners at the forefront of every decision we make.  When a credit union’s business is even better than projected, members share in those benefits — which this year resulted in a $40 million Extraordinary Dividend!  It’s members’ money, and that is what makes CEFCU not a bank. Better!”

Members can learn more about this year’s Extraordinary Dividend from CEFCU’s President/CEO, Mark Spenny, at cefcu.com/dividend.

Thanks to the following who recently renewed their investment in the Pekin Area Chamber of Commerce:

Help Coming for Lock and Dams 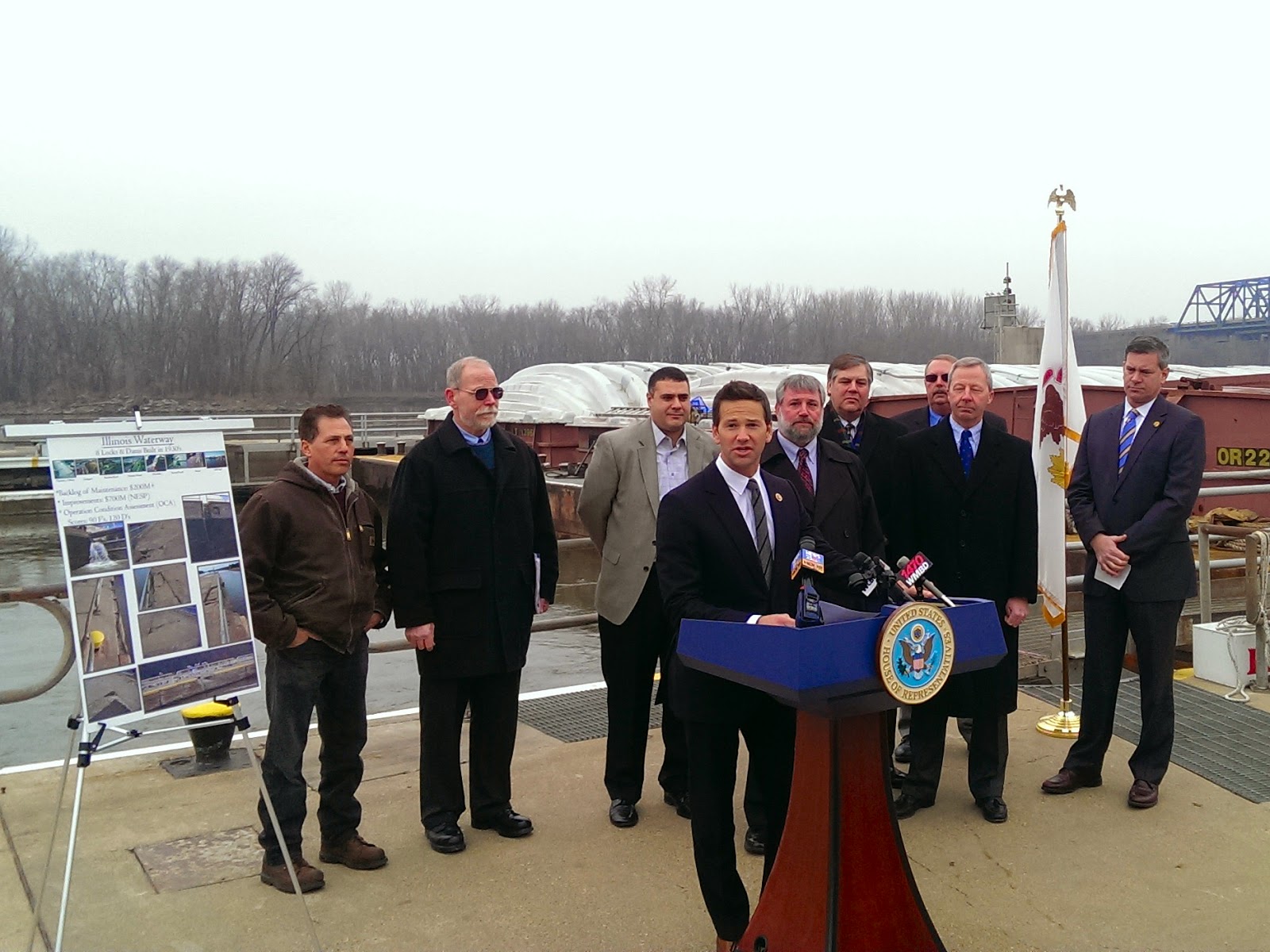 On Dec. 3, The U.S. House of Representatives passed H.R. 647, which provides for an increase in the fees barge operators pay to fund new lock and dam constructions and major rehabilitation projects along inland waterways. The bill passed on a broad bipartisan 404-17 vote. A growing coalition of industry and labor groups have petitioned Congress in recent years to raise the barge user fee to address the $8 billion backlog of repairs on the aging system. The new fee will increase from 20 cents per gallon of diesel fuel purchased to 29 cents. The Senate is expected to pass the bill within days, and the President has agreed to sign it.
No comments: 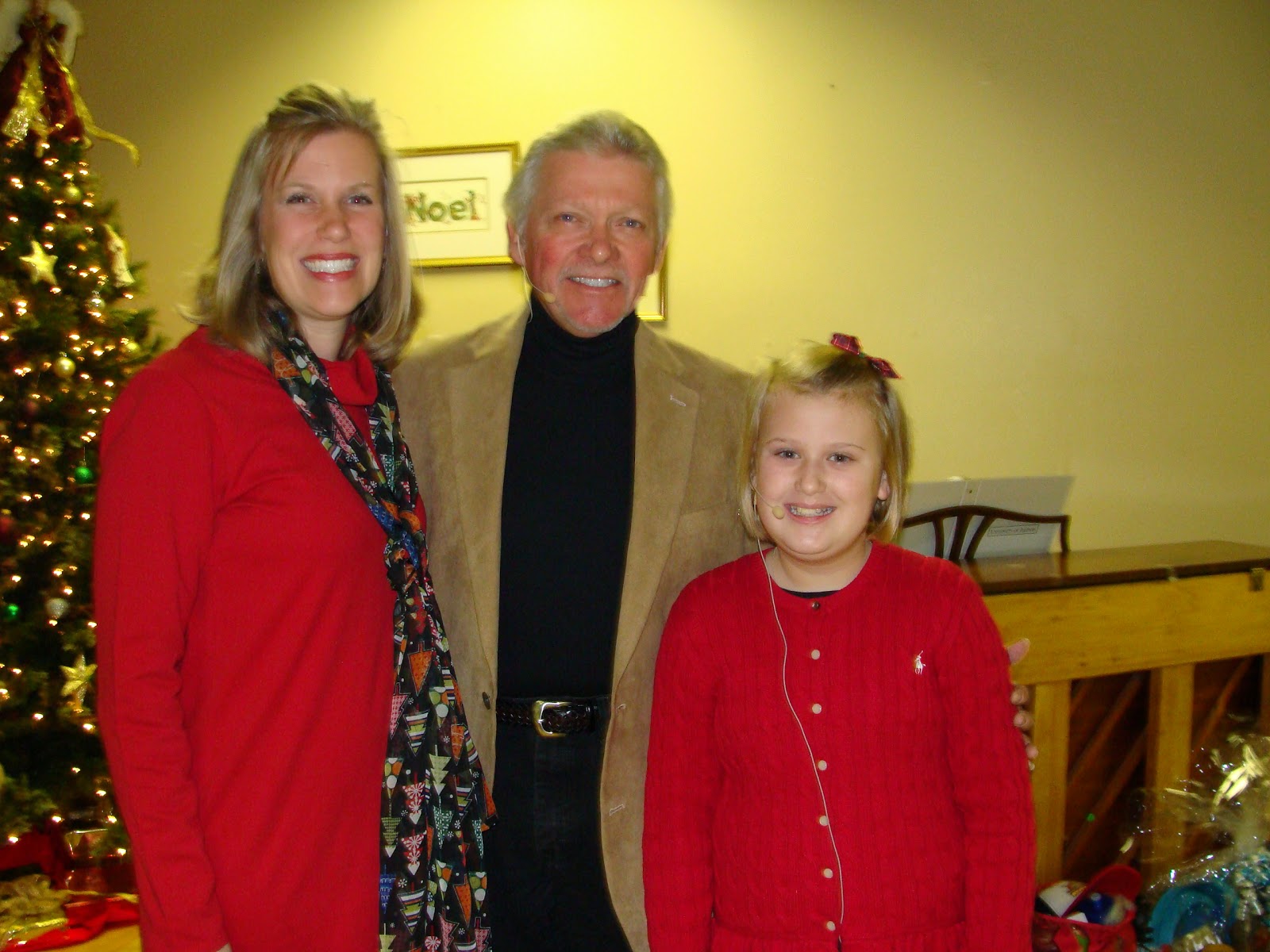 Email ThisBlogThis!Share to TwitterShare to FacebookShare to Pinterest
Labels: Puttin' On Pekin 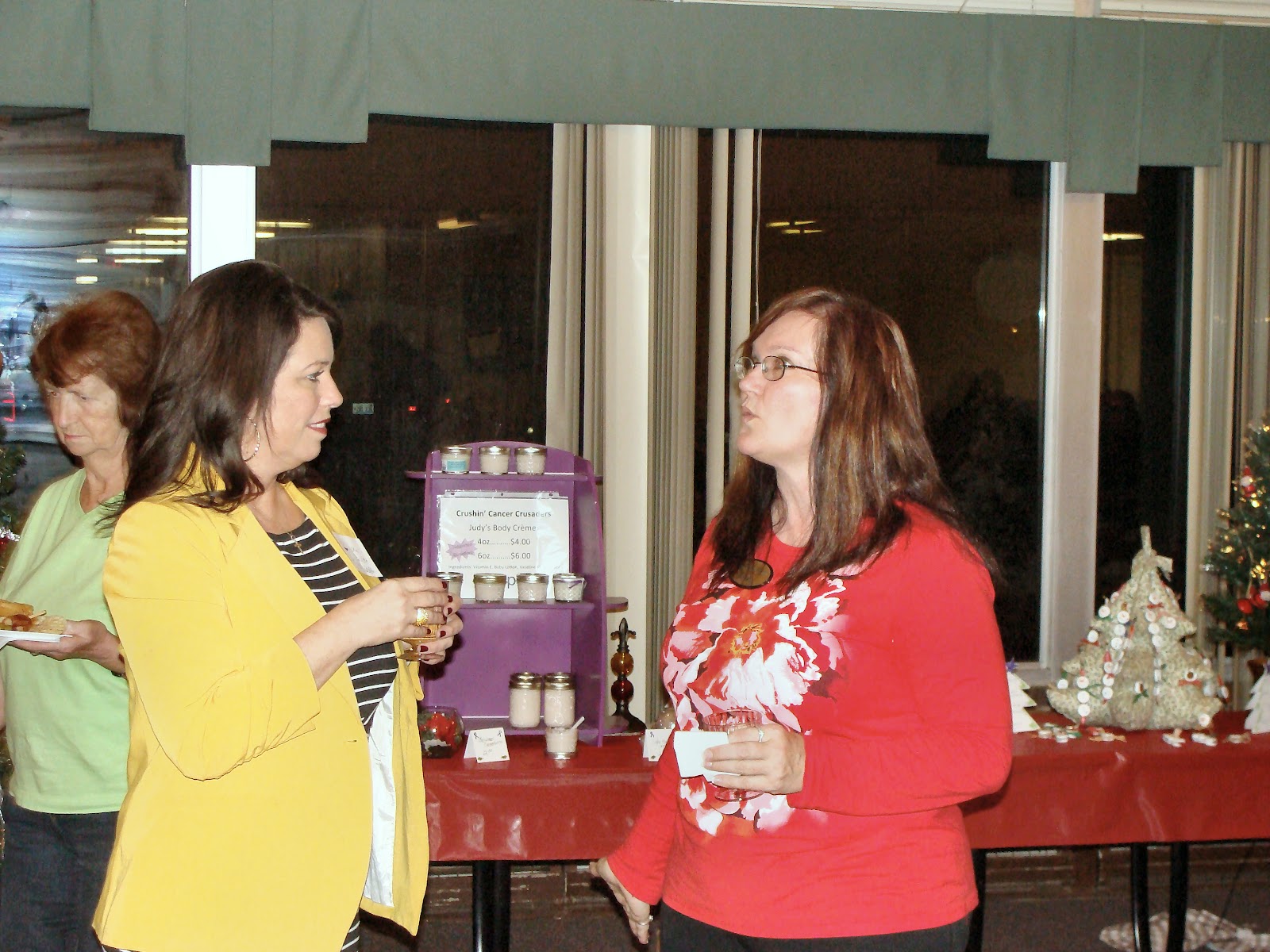 Thanks to Timbercreek Rehab and Health Care for hosting a great Business After Hours on December 11th.  As always, the food and refreshments were abundant and delicious. You can see more pictures from this and other chamber events at http://picasaweb.google.com/PekinChamber
No comments:

Email ThisBlogThis!Share to TwitterShare to FacebookShare to Pinterest
Labels: Business After Hours 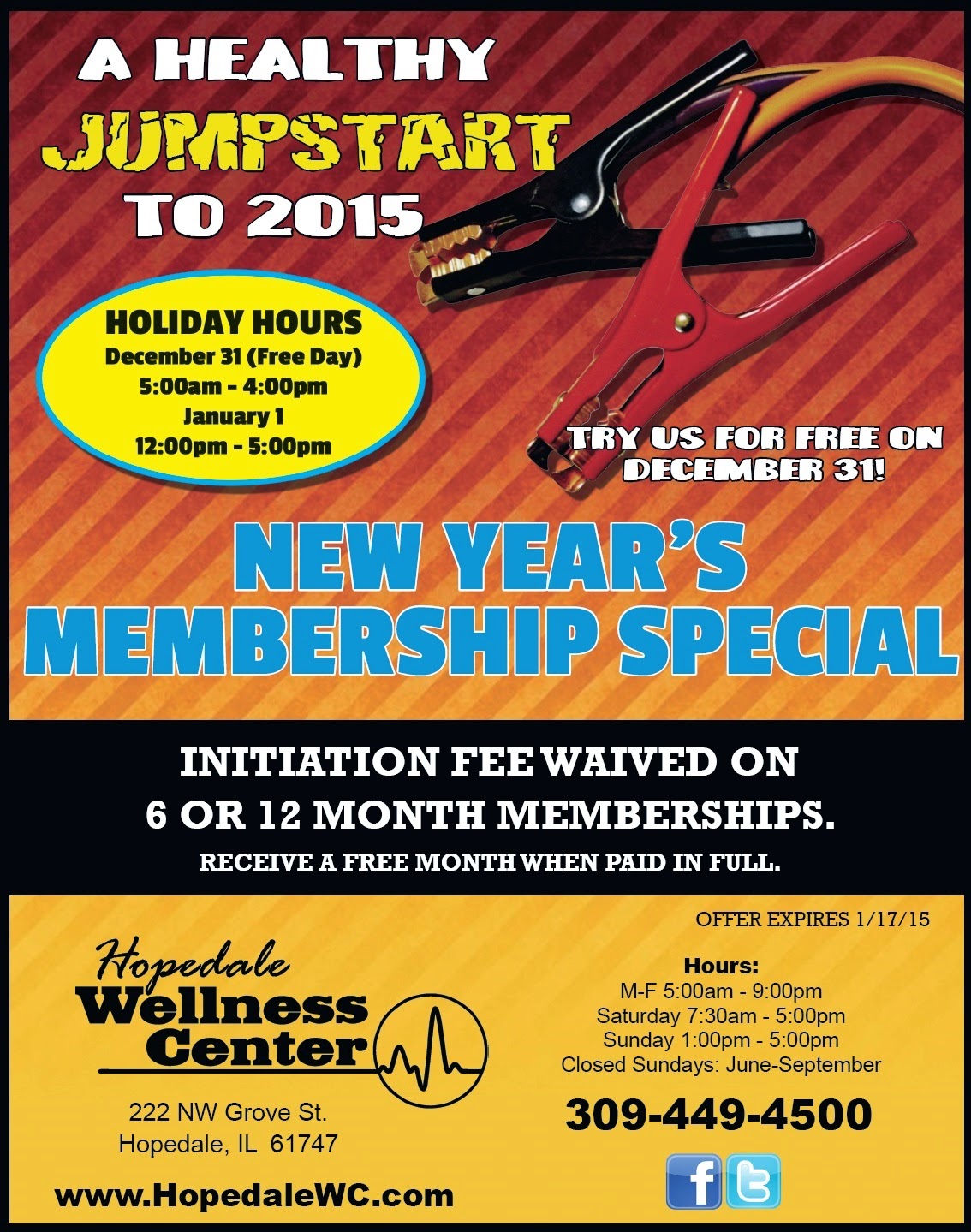 Check Out Your Weekly Chamber Connection HERE!
No comments:

Pekin Hospital’s mission is to improve patient health in our community. But recently, the definition of “community” expanded to include a village halfway around the world. From November 14 to 21, a team of about 40 people—most affiliated with the Hospital—traveled to the rural, mountainous area of Jalapa, Guatemala, to provide medical care for thousands of people with no access to traditional medicine. “The need was great,” stresses Cindy Justus, Mission Coordinator and Pekin Hospital Unit Director of ER1 and Urgent Care.

Originally, the mission group was scheduled to travel to Liberia, but the Ebola outbreak forced a change of plans.  After weeks of research for an alternate location and collaboration with Drs. Van Dyke, Lovell, and Honan, Guatemala was chosen.

Preparation took place through frequent emails and monthly meetings where they tackled jobs like packaging medication into individual dosages.  The team worked very hard for 10 months leading up to the trip. That preparation only took them so far, however. A facilitator from Caribbean Lifetime Missions traveled to Guatemala and established a relationship with a Guatemalan church base to identify villages with the most need of medical care.  Approximately half of our mission team has participated in previous mission work and helped coordinate setting up the clinics in village school buildings.  For the most part, third world countries share very similar medical concerns, but unusual area specific diagnoses always seem to crop up. “We always have to improvise,” Justus says.

The team set up a command center in their hotel’s conference room, where they divided the 35 suitcases full of supplies into fourths for the four clinic days. Each day, they took the allotted supplies to the makeshift clinic—a school, in this case, though Justus says she’s conducted clinics everywhere from churches to grass huts.

Because there’s no way to predict the ailments they’ll treat, the physicians have to make an educated guess about which medications to bring. They weren’t equipped to perform invasive or even minimally invasive procedures; severe cases were referred to the nearest hospital. Instead, they focused on conditions like parasite infestation, respiratory problems, high blood pressure, wound infections, STDs, visual problems, skin disorders, birth anomalies, arthritis, headaches, poor nutrition, dental issues and other ravages of abject poverty. In addition, every patient received prayers.

The Mission team was able to treat over 1,700 patients in four days—a recipe for physical and mental exhaustion. So what’s the draw? It’s a calling, believes Justus, who has completed ten medical missions. “I feel like I get more out of it than the patients I serve,” she says. Part of the allure is providing desperately needed front-line care, a primary reason many Pekin Hospital physicians and employees got into the field.

Supporting medical missions is a hospital-wide endeavor, from Pekin Hospital CEO Bob Haley to the hundreds of hospital employees who help with fundraising. Justus also appreciates the support of community partners and hopes it leads to a better understanding of Pekin Hospital’s purpose. “These are caregivers with compassionate hearts,” she says, “not just for our community, but for those in need around the world.”
No comments: 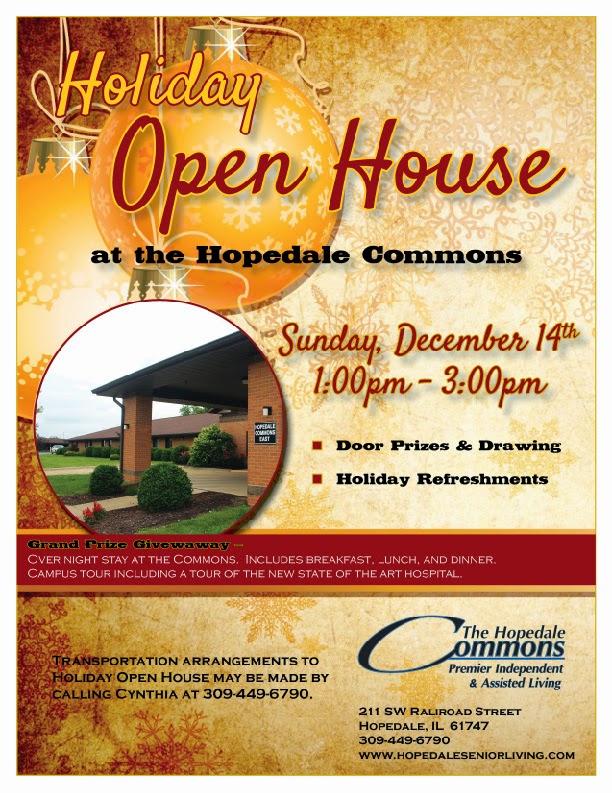 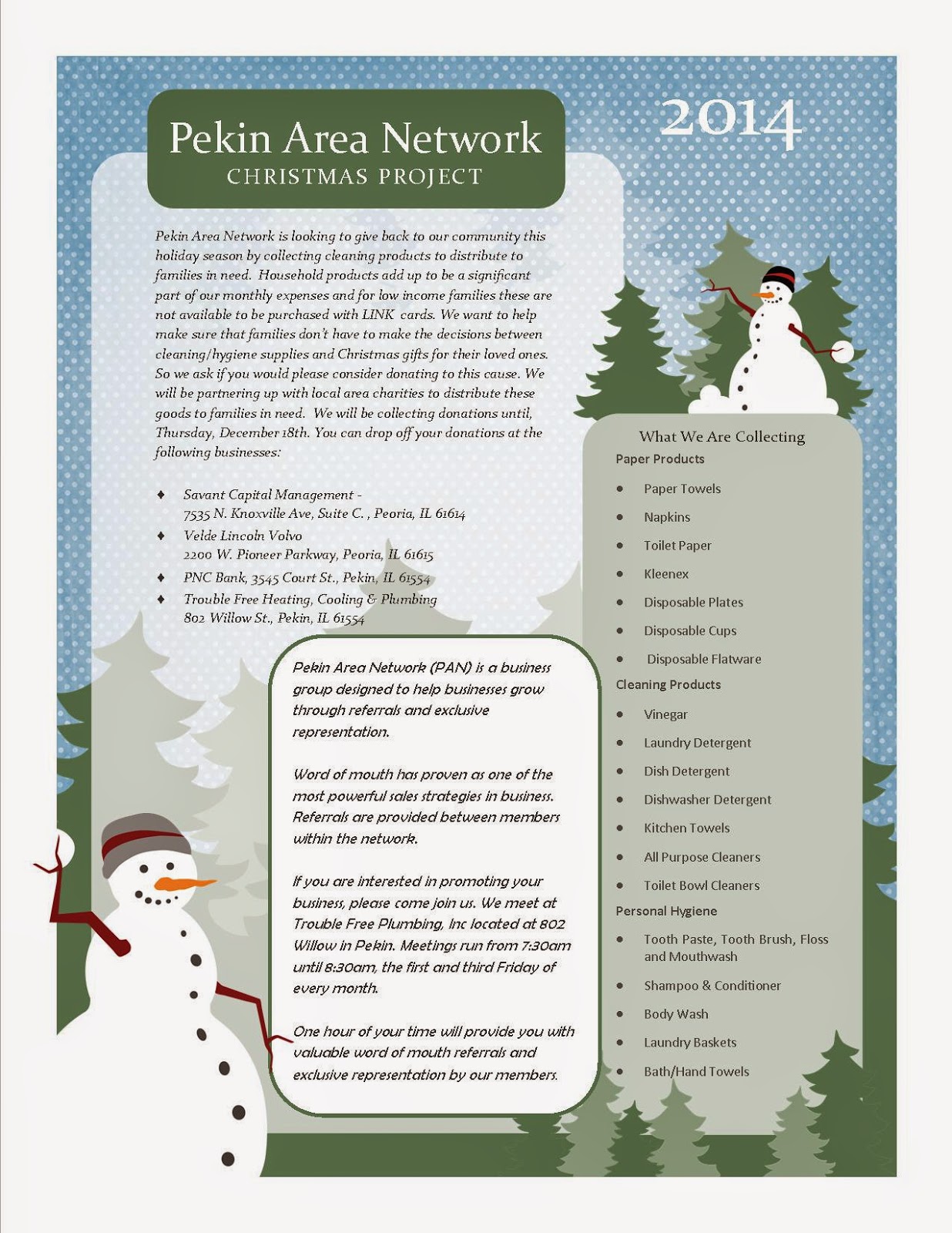 Check Out Your Weekly Chamber Connection

Check out your Weekly Chamber Connection by clicking here!
No comments:

Thank you to the following companies who have renewed their investment in the Pekin Area Chamber of Commerce: